In most areas of technology, there is no lack of conferences and tradeshows throughout the year for those interested in learning about the latest advances or the most recent market trends. UV and EB curing is not the exception, as there is a full schedule of tradeshows and conferences to meet most attendees interests, including the biennial RadTech Conference and smaller, more focused conferences, such as UV/EB West held in alternate years. In addition, a full slate of focused meetings is available in specific market areas, such as coatings or inks, that cover UV or EB curing applications. For the most part, however, these events cover a mix of chemistry, applications and markets designed to appeal to a broad range of interests. There are very few options for an attendee who would like to participate in detailed discussions on the science and chemistry of UV and EB curing.

The need for a forum that would address this was recognized by Professor Charlie Hoyle in the late 1990s. With the support of the University of Southern Mississippi (USM), Hoyle organized a unique conference in 1999 at USM. His goal was to bring together a group of invited speakers to specifically address the science behind photopolymerizations. In addition to the discussions on the basic photopolymerization chemistry, topics dealt with new advances in this technology. For the most part, the speakers were from academia, and in-depth discussions were planned after each presentation. While the number of invited speakers and attendees was relatively small (fewer than 40 combined), the conference was considered an overwhelming success.

Based on the positive feedback, this initial effort became a regularly scheduled conference series that has become a “must attend” for many of the scientists and engineers working in UV and EB curing. Shortly after the initial event at USM, Professor Chris Bowman of the University of Colorado assumed leadership of the conference and has led it to present day. The conference has been supported by the various universities involved and, starting in the late 2000s, RadTech NA and Colorado Photopolymer Solutions. RadTech had identified the need for a conference that focused on the detailed chemistry and cutting-edge advances in UV and EB curing. While the popular RadTech conferences are perhaps the most well-attended meetings for UV and EB technology, out of necessity the events cover a wide range of technology, market and business topics. With support from RadTech, the Photopolymerization Conference has created a venue that focuses primarily on the scientific aspect of the technology.

One of the most unusual aspects of the Photopolymer Conference is the emphasis on an open atmosphere in which interaction and technical networking are encouraged between industrial and academic scientists. Throughout the four-day conference, groups of two, three or more scientists gather to discuss new technical results or debate the possible impact of a recent finding. To help promote an environment that encourages speakers to present new and unpublished results and to promote discussion between speakers and attendees, no formal papers were required. It was also up to the individual speaker to allow distribution of the presentation.

With 31 invited speakers and 10 additional contributed talks, the range of topics was sufficient for everyone to find something of interest. Unlike most conferences, which have multiple tracks, the program was designed to have only one topic at a time to allow the attendees to catch every presentation of interest. The program allowed ample time for one-on-one and smaller group discussions. While the presentations almost entirely dealt with new and, for the most part, unreported advances in UV-curable chemistry, the open discussions after each speaker were as valuable as the presentations themselves.

The session topics covered biomaterials and structured materials, emerging applications, novel (general) materials, and novel and responsive materials. One session, in particular, generated a lot of buzz amongst the attendees: the session on emerging applications, which had a heavy focus on 3D printing. Jason Rolland from Carbon3D gave an overview of 3D printing using the CLIP process. Covering a topic that is extremely important to anyone designing new formulations for 3D printing, Robert Liska, University of Technology – Vienna, discussed tough and low-shrinkage photopolymers for 3D printing.

Reviewing some of the other highlights from the technical program, most speakers focused on basic research in UV and EB curing. One presentation that generated considerable discussion was from Prof. Paul Ragogna, Western University, on using phosphorous compounds as alternative functional groups in high-performance UV-curable materials. The presentation by Marco Sangermano, Politecnico di Torino, on functional materials obtained by cationic UV-curing illustrated an approach using an alternate UV-curable chemistry to achieve multiperformance materials. Another presentation with direct industrial application was a review by Kurt Dietliker, Swiss Federal Institute of Technology, Zurich, on photoinitiators with industrial relevance. Professors Ali Khademhosseini, Kristi Anseth and Devon Shipp led a number of discussions on groundbreaking work in UV-curable biomaterials. To end the conference on a high note, Prof. Chris Bowman spoke on complex responsive polymer structures by photopolymerization reactions.

To enhance the strong schedule of speakers, several poster sessions were set up during the breaks from the formal presentations. In line with the conference theme, the topics covered by the 58 poster presenters included a wide range of relevant science and technology. Similar to the formal speaking schedule, professors, industrial scientists and students gave high-level presentations on a wide range of UV- and EB-curing topics. A great feature of the poster presentations was the ability to engage in detailed discussions with each presenter, allowing more time for questions to be answered and new ideas to be pursued.

In addition to the main speaker program and located in tandem with the poster sessions, a vendor exhibit area was available with tabletop exhibits from a wide range of companies and organizations. A total of nine exhibitors were available (another record) during the designated exhibit hours for both formal and informal discussions with attendees.

With the growing number of both academic and industrial attendees and the positive feedback received by the conference organizers, the next conference is being scheduled for the fall of 2017 in Boulder, Colorado. I hope to see you there! 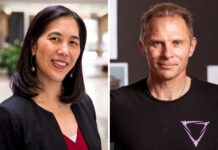 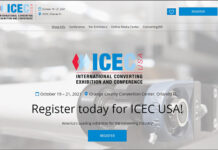 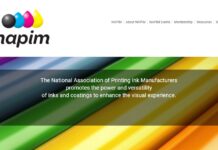