UV curing has been a growth area for years, and the technology has evolved over time. Now, for a variety of performance and environmental reasons, UV LED has become a major opportunity in the graphic arts market.

With that in mind, RadTech North America held UV LED 2015 in Troy, New York. In keeping with the interest in the area, the conference was sold out, with the talks drawing standing-room-only audiences. Attendees heard a wide range of talks and attended a tour of RPI’s Smart Labs.

After a tribute to the late Dr. James K. Ciravello of RPI, the conference opened with Jennifer Heathcote of Phoseon Technology, who discussed “Technology Trends Driving the Adoption of UV LED Curing.” Heathcote gave a general presentation on UV LED curing equipment. “LEDs are going to increase in output,” Heathcote noted. “Laboratory LED work is being done at much higher levels.” She added that higher outputs currently come with a tradeoff of shorter life.

There is interest in curing at other UV wavelengths, but right now, Heathcote said that everything is being done at the UV-A level. “In three to five years, we will start to have products with UV-B and UV-C,” she added.

Heathcote said that UV LED systems are far more complex than traditional mercury lamps. “Construction and operation of UV LED curing systems have more in common with a smart phone than a microwave or arc lamp,” she noted, pointing out the use of semiconductors and clean rooms. All in all, the UV LED market is making major strides in all areas. “Life cycle testing has exceeded 50,000 hours,” Heathcote reported. “Market opportunity is expanding rapidly. Since 2008, the amount of projects and high-level meetings has grown by magnitudes. Everyone is looking at UV LED. Digital inkjet remains the largest market and, in the next few years, UV inkjet will be almost entirely LED. UV flexo is growing by leaps and bounds, and screen and adhesives also are growing.” To illustrate the growth in UV LED in flexo, Heathcote added that at Labelexpo 2015, 35 percent of the UV systems on presses were LED, compared to less than 5 percent in 2011.

Regulatory concerns over the use of mercury lamps in Europe have come forward, and there are calls to eliminate conventional UV systems. This may lead to UV LED becoming the preferred option. “There is more regulatory scrutiny of mercury lamps,” Heathcote said. “It’s hard to predict.”

Next, Mike Idacavage of Colorado Photopolymer Solutions spoke on “The Effect of Mercury vs. LED Light Sources on Tack Free Curing.”

“Oxygen inhibition scales with photoinitiator concentration in all cases and scales non-linearly with PI concentration, affected by viscosity and addition of thiol monomer, but relatively unaffected by different types of acrylates,” Idacavage observed. “Achieving tack-free curing with LED is more difficult. Mercury appears to be better for tack-free curing than LED. This may be due to broader wavelength, and the LED light was lower power. Thiol-based systems and higher PI concentrations can result in comparative belt speeds to classic mercury lamp curing.”

Dene Taylor, SPF Inc., then focused on “UV LED Inkjet – It’s Ink’s Turn to Lead.” “Printing isn’t just paper – it can be outdoor advertising, automobile interiors, containers and labels, furniture and fixtures, and building and home interiors,” said Taylor. “These days, everyone wants digital print. Inkjet is most versatile and productive. You can print porous materials – rough materials – with inkjet. UV cure adheres very well, with great color and durability, and it is cured immediately.”

“LED cure is preferred by printers due to long life, rapid on/off, low-energy emissions, for heat-sensitive substrates, and it is cost effective for new installations,” Taylor added. “Printers see benefits, and it is the latest technology, but they are heavily invested in traditional technologies and have to reformulate inks for end use performance – which leads to more SKUs. In packaging and industrial, there are dozens of applications, hundreds of substrates and varieties.” Marvin Ruffin of Excelitas Technologies Corp. presented a talk on “Improved Surface Cure with UVC LEDs,” a look at the need for UVC systems. “LED systems have many functional advantages over lamp-based systems, and formulation modifications have enabled the use of many UV LED-curable materials,” Ruffin said. “Surface cure remains a challenge, as free radical adhesives are susceptible to curing with a tacky surface when exposed to air. UVC LEDs are short wavelength, using 285 nm, which is the most efficient wavelength. He added that exposed adhesive and conformable coatings were tested with UVA and UVC, with the latter achieving a tack-free surface with a reduced UVA dose.”

“The Status of UV LED Measurement Standardization” was covered by Jim Raymont of EIT Instrument Markets. “UV curing depends on the right photons,” Raymont noted, and he updated the industry’s latest measurement efforts.

Dr. Robert Berg of NIST covered “Comparison of Commercial UV LED Sources and Radiometers: Thoughts on Developing a Universal Measurement Protocol.” “There is a need for a universal measurement protocol,” Berg said. “Polycarbonate safety glasses don’t protect at 395 nm. Companies should state the uncertainties in the specifications, and specifying the height at which the source irraditation occurs should be a no brainer.”

“The UV LED Curing Community was formed to be a hub for information about UV LED technology,” said Mills.

Duncan said that the largest penetration for UV LED is in inkjet. “UV LED flexo is a legitimate business and is growing,” he noted. “Packaging is probably the best area in offset for UV LED. There are a few UV LED sheetfed presses out there, but it is still experimental. There is one provider of UV LED sheetfed presses – Ryobi – and if every other press manufacturer offered it, there would be more sold.”

“There is a lot of concern in Europe about mercury and standard lamps, and it could be on the edge of a panic,” said Duncan. “UV LED technology doesn’t seem to have the same environmental concerns.”

“UV LED is growing tremendously in flexo and other markets,” Higgins reported. “The digital inkjet market is well established. Offset printing is high speed and wide web. The inks and lamps are coming along tremendously. The biggest advantage is overall throughput, as there is less need for maintenance.”

Palm reported that 80 percent of Mark Andy’s shipments are on UV LED flexo. “Operators want it because it is easier to run and they are running more,” Palm added.

Chambers said that Novagard saw thermal issues as the key reason to install UV LED. “We wanted to solve a problem. UV LED is a continuous operation and instant-on, instant-off is good,” he said. “We wanted to go to 100 percent solids chemistry. We started formulating and learned about UV LED. When I started my project, I didn’t consider UV LED because of all the negatives and myths I heard about it, but when I got a lamp in my lab, I saw how well it runs.”

After a tabletop exhibit and reception, Susan Bailey, adjunct professor, SUNY-ESF Outreach and technical development manager, IGM Resins, led a short course on “The Chemistry of UV/EB,” and tours were held at the RPI Smart Energy Lighting Center.

RadTech’s leaders were happy with the presentations and the turnout. “I thought this conference was fantastic,” said Peter Weissman of Quaker Chemical, who is serving as RadTech’s president. “It was well attended, with lots of energy and lots of new people.”

“We were astonished at the response for our first UV LED event,” added Mickey Fortune of RadTech. “The whole supply chain participated. It shows the promise UV LED holds for our industry.” 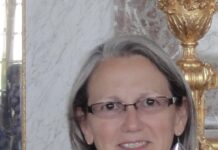