RadTech International North America, Bethesda, Maryland, presented Presidential Awards to the co-chairs of the RadTech Editorial Board – Chris Miller of Estron Chemical and Jim Zawicki of Sartomer Americas – during uv.eb WEST on March 12. Each year, the president of RadTech bestows an award to a member volunteer(s) who goes “above and beyond” to advance UV/EB curing technology. Miller and Zawicki were honored for their efforts in launching RadTech’s new magazine, UV+EB Technology.

“Chris and Jim led a seamless transition from the RadTech Report to our new publication,” said Peter Weissman of Quaker Chemical Corporation and current president of RadTech. “Their hard work, guidance and leadership made possible our very successful launch with quality articles and a four-fold increase in distribution.”

Peterson Publications, publisher of Converting Quarterly, Plastics Decorating and several other niche-market magazines, was announced as the publisher of the new UV+EB Technology magazine. “The first issue of the magazine featured special effects on the cover, which were created using UV technology,” Weissman said. In addition to cover effects and a printed magazine, the partnership with Peterson Publications includes a digital version of the magazine, as well as a website and a monthly ENewsletter.

Also honored during the ceremony were several RadTech Board Members who have served their term of service, including Miller; Don Duncan of Wikoff Color, immediate past president of RadTech; Steve Lapin of PCT Engineered Systems; Mike Sajdak of INX Intl; and Im Rangwalla of Energy Sciences Inc. (ESI). For more information, call 240.497.1242 or visit www.radtech.org. 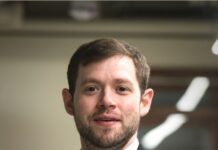 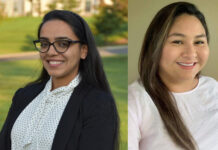 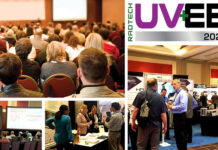