PHOTO COURTESY OF THE UNIVERSITY OF COLORADO-BOULDER

As first reported by Coatings World, Dr. Christopher N. Bowman, of the University of Colorado-Boulder’s Department of Chemical and Biological Engineering, has received the 2018 Roy W. Tess Award in Coatings.

As first reported by Coatings World, Dr. Christopher N. Bowman, of the University of Colorado-Boulder’s Department of Chemical and Biological Engineering, has received the 2018 Roy W. Tess Award in Coatings. The award is presented annually by the Division of Polymeric Materials: Science and Engineering (PMSE) of the American Chemical Society (ACS) in recognition of outstanding contributions to coatings science, engineering and technology.

Bowman is internationally recognized for his contributions to the fundamental understanding of photopolymerization systems and reaction engineering of cross-linked polymer systems. He has made contributions to both the fundamental understanding of the kinetics, mechanisms, structure and properties of photopolymer systems, and the creative development of new coating applications for these polymeric materials. He has published more than 350 articles related to polymeric materials and has been awarded 25 patents, including seven that have been licensed or optioned to eight different industrial companies.

Bowman has received numerous prestigious awards, including the AIChE Materials Science Division C.M.A. Stine award in 2009, the ACS PMSE Division Cooperative Research Award in 2007, the AICHE R.H. Wilhelm award in 2001 and the MRS Outstanding Young Investigator award in 1997. He will receive the Tess Award from Dr. Melissa A. Grunlan, chair of the PMSE Division, in August 2018 during the 256th National Meeting of the ACS in Washington, D.C. 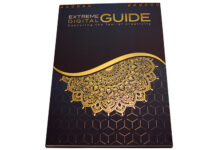 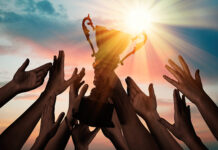