Cincinnati, Ohio-based Michelman, global developer and manufacturer of environmentally friendly advanced materials, has announced that Philip S. Cohen, former president and chairman of Michelman, passed away on May 3, 2019, in Cincinnati, Ohio.

Cohen served an active role in the company from 1956 until the early 2000s, where he brought focus with his outstanding leadership, business acumen and foresight. Cohen introduced water-based chemistry to Michelman in the 1950s, which has been the cornerstone of the company’s business for nearly 70 years. A pioneer in the corrugated industry, he facilitated the manufacturing of Resisto Coat™, the first brand of wax emulsions created for water beading and non-abrasion on corrugate. These formulas became industry standards for protecting appliances and durable goods throughout the shipping process.

Cohen found the right partner for collaborative innovation in John Michelman, Ph.D. Their partnership, which began in 1965, developed many innovations still available as Michelman products today. Michelman excelled in coatings development, while Cohen created and managed the business models to sell them. Decades ago, they were the first to develop water-based paper coatings and applicators in tandem as a total system.

Jerry Reichert, senior vice president and general manager of CBT and Michelman’s chairman of the board, said: “First and foremost, Phil was a fantastic human being, husband, father and grandfather. If that were not enough, he was also an outstanding leader, mentor, coach and friend to countless people inside and outside of Michelman’s organization. All will miss Phil’s smile, can-do attitude, wisdom and words of encouragement. Future generations of the extended Michelman organization will continue to benefit from Phil’s countless contributions.”

A native and lifelong resident of Cincinnati, Cohen was born on Dec. 31, 1930, graduated from Hughes High School and Miami University (Oxford, Ohio), and he obtained an MBA from Xavier University (Cincinnati, Ohio). He subsequently joined the US Navy and while serving, he married the love of his life, Lois Michelman. In addition to his dedication to his family, his work and philanthropic endeavors, most will remember him for the kindness and warmth he shared with everyone he encountered.

Automotive Paints and Coatings Market to Exceed $27 Billion by 2025 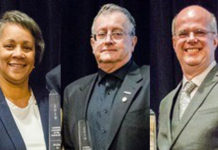 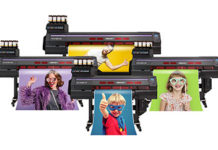