The RadTech trade association and the associated conferences and publications traditionally have focused on UV/EB curing technology. Curing often is characterized by the rapid conversion of a layer liquid coating, ink or adhesive to a solid cross-linked polymer state. It is well known that free-radical UV curing requires a photoinitiator – or at least some photoreactive moiety incorporated into the oligomer – while free-radical EB curing occurs without any added photoinitiator.

As discussed in a previous column, the reason EB curing occurs without photoinitiators is that the accelerated electrons produced by the EB systems have sufficient energy to break chemical bonds within the materials themselves. The bond breaking leads to generation of free radicals, which initiate polymerization. The bond-breaking nature of electron beams also makes them useful in a variety of other process.

The main processes enabled by electron beams can be classified as: (A) curing, (B) cross-linking, (C) scissioning and (D) grafting. These processes are illustrated in Figure 1.

EB curing occurs when the radicals that are formed initiate the polymerization of monomers and oligomers. Acrylate functional materials are most commonly used because of their high reactivity. In most cases multifunctional monomers and oligomers are used, which produces a cross-linked polymer network in the cured state. A well-established application for EB curing is the “drying” of inks on web-offset printed cartons, labels and flexible packaging. There also are many other established web converting applications, including curing of coatings for production of release materials used for tape, label, electronics and casting applications.

EB cross-linking occurs when the radicals that are formed recombine with each other. Cross-linking usually starts with a linear polymer material and results in the joining of adjacent polymer chains to form a 3D network. A relatively small number of cross-links often can have a large impact on the thermal and mechanical properties of a polymer. Most polymers undergo both cross-linking and scissioning, and the process that predominates depends on chemical structure and morphology of the polymer.

There are several good references that review effects of EB on different types of polymers. EB cross-linking is used widely to modify the thermal and mechanical properties of polyethylene. A very well-established application is the cross-linking of polyethylene-based films to provide heat shrink properties for meat and cheese packaging. This technology was pioneered by Cryovac more than 40 years ago.

Another well-established application for EB cross-linking is in the production of high performance pressure-sensitive adhesives. EB cross-linking of rubber-based adhesive layers can improve greatly the heat and shear resistance of pressure sensitive tapes or free-film adhesives that are subsequently transferred from a carrier film.

EB scissioning occurs when polymer chains that are broken by EB fail to recombine. The net result of polymer scissioning is a reduction in the molecular weight. Industrial processes for EB scissioning are less common than curing or cross-linking. An example of scissioning is the processing of polytetrafluoroethylene (PTFE) to make low molecular fragments for use in waxes and lubricants.

EB scissioning also can be applied to biopolymers. This provides effective sterilization. Scissioning of the genetic material of bacteria and other microorganisms prevents reproduction and effectively kills these pathogens. Sterilization with high energy EB systems is well established. Full cases of packaged food or medical devices can be sterilized in an off-site high energy EB facility. A new technology is emerging using low energy “EB lamps” for surface sterilization of aseptic packaging and medical devices.

EB-induced graft copolymerization (EIGC) occurs when radicals formed in and on a polymer substrate become a site for initiation of monomer polymerization. The net result is that two dissimilar polymers are covalently joined to form a new copolymer material. EB grafting is less well known than curing or cross-linking but is an important process in the creation of new functional materials. It can be used to modify the properties of polymer films, gels, fibers, beads or membranes. Applications for EB grafting include the production of polymer membranes tailored for specific separation or purification processes.

Given the basic understanding of these processes, we can begin to explore new opportunities for EB technology.

Stephen C. Lapin, Ph.D., is BroadBeam Applications Specialist at PCT Engineered Systems, a division of Ebeam Technologies, Comet Group. He can be reached at sclapin@teampct.com. 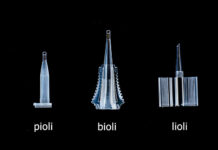 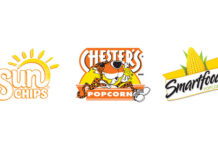