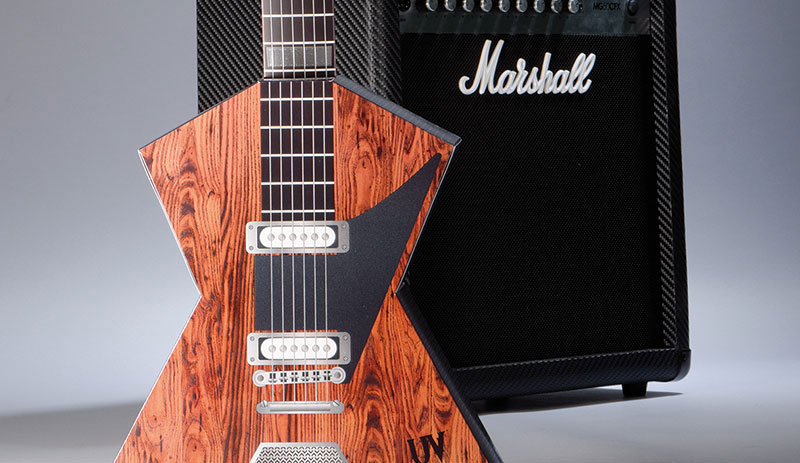 A supplier of LED and conventional UV curing systems, IST Metz, a group of companies with head offices in Nürtingen, Germany, was founded more than 40 years ago. In 2002, IST Metz started UV Days, the first international event to focus on UV printing, where the company demonstrates its latest UV curing technologies for sheet-fed, web and digital printing. Each event showcases an in-house, live printed product that highlights the versatility of UV and LED technology in various market segments, such as packaging printing, commercial printing and label printing. Ideally, the product also should be reusable and illustrate a multitude of finishing possibilities with UV technology. One of the most successful pieces produced during IST Metz’s UV Days was a cardboard guitar that was printed and finished live on IST Metz’s own sheet-fed offset press. 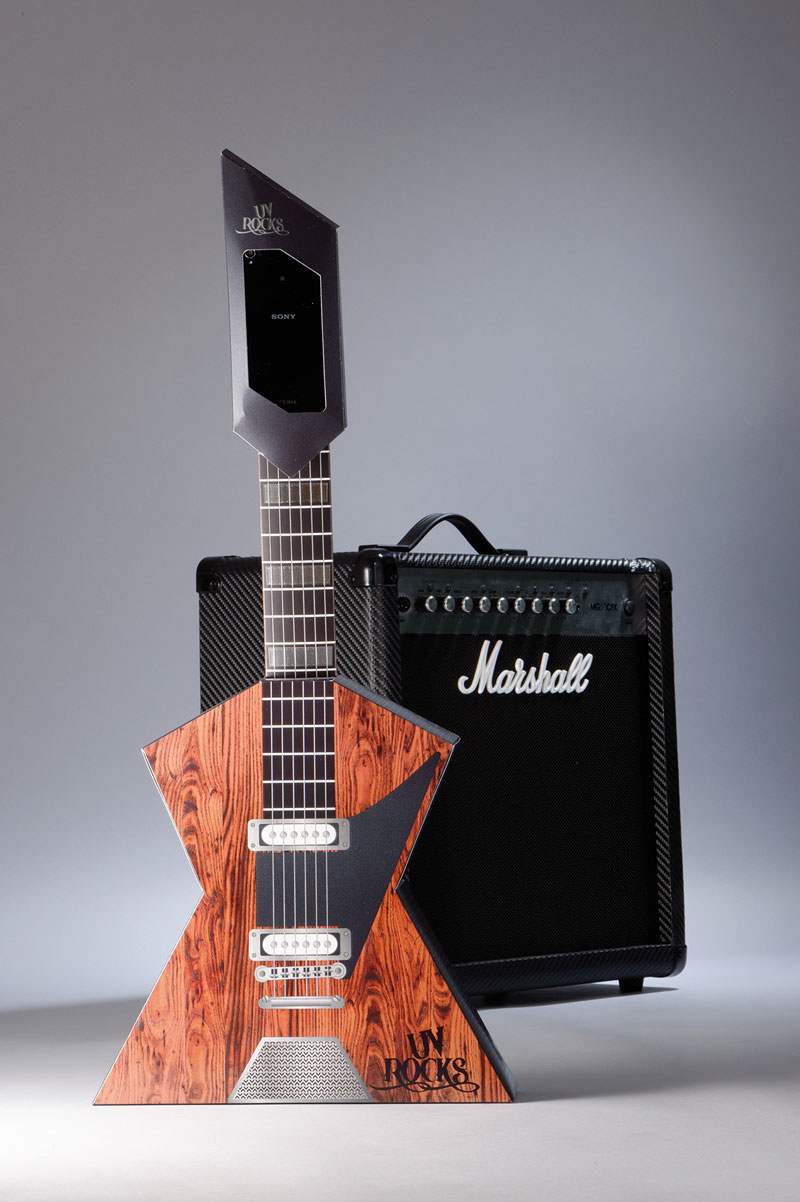 To create the guitar, the main design was developed both in-house and in cooperation with a product designer. The guitar consists of two parts, the neck and the body, which are folded to make a 3D solid. “The individual print sheets were finished live at UV Days, and – in the days leading up to the event – IST Metz also printed, finished and directly processed a corresponding number of printed sheets so that visitors could take the finished, folded and punched paper guitar home,” stated Stefan Feil, head of Applications and Development at IST Metz.

He also said that the frets on the neck of the cardboard guitar, which on the conventional instrument would be made of metal, were likewise finished live at UV Days on an MGI 3D Jet Varnish iFOIL with UV to achieve a realistic look and feel. To attain this, a thick layer of UV varnish was applied and then the sheet was run through the MGI unit to apply the silver foil and create the frets. “The foil adheres to the varnished parts of the printed sheet, creating raised areas on the printed guitar neck, which can be felt,” added Feil.

A combination of LED inks and UV varnishes were used in the guitar’s creation. The process inks were LED inks; the in-line finishes were created with UV varnish systems. Using a Heidelberg Speedmaster CD 102-7 LX, magenta, yellow and black were first printed, and a matte varnish was applied on the fourth printing unit. Next, an iriodin varnish and a sparkling varnish were added to create shimmering effects on parts of the guitar body. In the seventh printing unit, the wood structure of the guitar was embossed inline to improve haptics. Finally, in the UV coater, a spot gloss varnish was applied to intensify the wood effect further still. During the printing demonstration, curing with both UV LAMPcure systems and LEDcure systems was shown, highlighting the respective strengths of each drying technology during the printing process.

“The guitar represents an impressive integrated product concept,” Feil said. “Extra features were added to the UV printed product, further enhancing its functions.” For example, using an ordinary smartphone, the guitar can be played. After downloading a game app developed specifically for the occasion, the phone can be pushed into the folded head of the guitar. First, it is clamped into a universal holder that was produced by the 3D printing process, and the top of the head is closed with a cardboard tab. Using the app, the guitar then can be played with the fingers of the left hand, touching the correct strings to win points. “In other words,” Feil said, “the cardboard guitar really can be played digitally using the app.”

Additionally, the guitar can serve as a resonator sound box. To do this, it is set on end and the smartphone again is inserted in the holder in the head of the guitar. “A pattern has been laser-cut in the front of the body so that it works like a sounding board.”

To design such an intricate, fun product, Feil said many samples and dummies were created and various materials were tested. “We were challenged in many areas,” he added. Making the wood structure look real, using iriodin varnish for the glossy surfaces, fashioning a mechanical function on the guitar (the retractable bridge), LED printing, the 3D folding of the guitar, designing the printed 3D holder to fit all smartphone types and creating the sound body to transport sound all were tasks IST Metz successfully completed.

Due to the possibilities with UV and LED technology and the holistic product concept, the paper guitar won the German Design Award 2019. The jury’s statement declared: “An original advertising idea that draws attention to itself. The fact that the guitar is even playable makes it even more interesting and inspires people to look into the product or service behind it.” 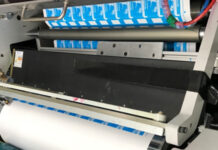