By S. Palagummi, T. Hong and M.Y.M. Chiang, all of the National Institute of Standards and Technology (NIST), and Z. Wang, Wuhan (China) University

In restorative dentistry, the replacement of quartz tungsten halogen lamps with light-emitting diodes (LEDs) for photocuring dental composites has been a trend due to their narrow bandwidth of operation that closely overlaps with the absorption profile of the photoinitiator, lower heat generation and better power efficiency. These advancements, along with the ever-increasing demand from dentists for reducing the exposure time (i.e., reducing chairside time), has led to high irradiance (radiant flux per unit area) LED curing units (e.g., > 2 W/cm2)1.

The justification of using high irradiance and short exposure time springs from the Bunsen-Roscoe reciprocity law2 in photochemistry, termed as the exposure reciprocity law (ERL). The ERL states that, for a given radiant exposure (defined as the total radiant energy received per unit area = irradiance × exposure time), the photopolymerization (degree of conversion from monomer to polymer, [DC]) of the dental resin/composite does not change with any combination of irradiance and exposure time. However, studies in the literature have debated rather inconclusively about the validity of the ERL in dentistry3-15. The results of these studies depended on the combination of the photocuring conditions (irradiances and radiant exposures) and the materials (model dental resins/composites and commercial composites) used. The objective of this work is to clarify the validity debate and provide guidance on the applicability of the ERL as it pertains to resin-based dental composites.

Although a few studies showed that ERL for dental materials was valid 14, 15, most studies showed the ERL was invalid. These studies can be divided broadly into two categories. First, ERL has been demonstrated not to be valid, since a higher DC was obtained using a higher irradiance in comparison to lower irradiances5,13,16. For example, Wydra et al.13 showed that using a high irradiance (0.024 W/cm2) UV cure on a dimethacrylate resin mixture resulted in a higher DC when compared to using a low irradiance (0.003 W/cm2). Leprince et al.5 showed the same trend when a dimethacrylate resin and composite were cured with Lucirin-TPO as the initiator.

Conversely, in the second category, a large number of studies have indicated ERL not to be valid, as a lower DC was obtained using a higher irradiance in comparison to lower irradiances 3-12. For example, Hadis et al.10 showed that DC achieved using a high irradiance (3 W/cm2) was significantly lower than that using a lower irradiance (0.4 W/cm2) for a range of commercial dental composites. Similar trends were seen by Feng et al.3,4 when they examined the validity of ERL on a range of multifunctional acrylate resins, methacrylate resins and commercial composites. This study will primarily address the debate on the ERL validity in this category since there is abundant literature on the subject and, subsequently, provide discussion regarding the first category.

In addition to exploring the validity of ERL, some studies also discussed the effect of irradiance, at a constant radiant exposure, on other key polymerization properties. These properties involve, but are not limited to, polymerization stress (PS) due to shrinkage and the temperature change (TC) due to the reaction exotherm and absorbance associated with the photocuring process. For example, it has been discussed that photocuring with high irradiance may increase PS and effectively decrease the bond strength to the tooth17-19. Under a constant radiant exposure, increase in irradiance will increase the rate of PS, however, it is speculative as to whether this will lead to a higher PS13,20-24. The exothermic temperature increases because of increasing irradiance, which, along with the temperature rise due to absorbance from the irradiance, can potentially lead to pulpal and dental tissue damage. Only a few studies on the validity of ERL16,25 have addressed the effect of TC due to the high irradiance used. As these properties are clinically relevant, in the current study they will also be measured and discussed in conjunction with the validity of ERL for dental composites.

A systematic study by varying the composition of model dental composites and the photocuring conditions has been carried out in this work to address the validity of ERL with respect to DC. A NIST-developed standard reference instrument (NIST SRI 6005)26,27, coupled with near-infrared spectroscopy – which simultaneously measures DC, PS and TC in real time during the photocuring process – was used in this study. Model dental resins blended of Bis-GMA (bisphenol A glycidyl methacrylate)/TEGDMA (triethyleneglycol dimethacrylate) or UDMA (urethane dimethacrylate)/TEGDMA at different ratios were used. The resin blends were mixed with a fixed mass of visible-light initiator system (camphorquinone and ethyl 4-dimethylaminobenzoate) and with various content of a silanized micro-sized glass fillers.

The results from the study indicate that, for every composite, there exists a minimum radiant exposure, depending primarily on its resin viscosity (not depending on the filler content), above which the exposure reciprocity law is valid. An analytical model is established based on the resin viscosity to predict this minimum. Above this minimum, for the composites with high resin viscosity, higher irradiance induces higher PS, while for the composites with low resin viscosity, higher irradiance induces lower PS. The TC, as expected, increases with irradiance for composites tested. Using this minimum concept, the study clarifies discrepancies on the validity of exposure reciprocity law for dental materials reported in the literature. More importantly, the analytical model can enable one to determine the exposure time required to sufficiently cure a given dental composite with the available curing light unit (irradiance). Finally, when employing a high irradiance and the corresponding exposure time, based on the law, care should be taken such that the associated temperature change in the underlying tissue is clinically acceptable. 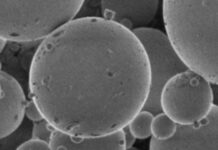