UV- and EB-Cured Products Rated as ‘Easier to Recycle’

The US Environmental Protection Agency (US EPA) posted on its website updated Frequently Asked Questions (FAQs) in connection with its Audit Policy Program. US EPA’s Audit Policy, first created in 1995, provides incentives for regulated entities to voluntarily discover and correct violations of federal environmental laws and regulations. To encourage the voluntary discovery, disclosure, correction and prevention of environmental violations, the Audit Policy offers companies a 100% reduction of gravity-based civil penalties, as well as a recommendation for no criminal prosecution, when all of US EPA’s eligibility conditions are met. In many instances, voluntary self-disclosures submitted under the Audit Policy Program framework achieve full mitigation of penalties that might otherwise be assessed at many millions of dollars. Learn more at https://www.epa.gov/compliance/epas-audit-policy.

At the end of 2020, US EPA ruled that Section 112(r)(1) of the Clean Air Act, better known as the “General Duty Clause,” requires facilities to implement the latest industry practices to minimize the potential for accidental releases. Given this decision, and in anticipation of future inspections or regulatory inquiries, facilities should review, update and document their programs for meeting the General Duty Clause requirements.

US EPA signed a memorandum of understanding (MOU) with the Occupational Safety and Health Administration (OSHA) “that advances collaboration and communication on US EPA’s review of new chemicals under the Toxic Substances Control Act (TSCA).” The goal of the MOU is to improve the combined efforts of the agencies to protect workers who may be exposed to a new chemical substance by providing guidelines for coordination of interface activities between the two agencies, specifically communication as it relates to TSCA Section 5, with the common goal of minimizing workplace exposures. The MOU will remain in effect for three years.

Generators of hazardous waste have long understood the importance of emergency preparedness and prevention to regulatory compliance and facility safety. Contingency planning and coordination with emergency service providers have been requirements of the Resource Conservation and Recovery Act (RCRA) regulations for many years. For states that have adopted the Hazardous Waste Generator Improvements Rule (HWGIR), however, new and more stringent requirements for emergency preparedness and prevention now apply. These states include Virginia, North Carolina and South Carolina, as well as 28 other states. All authorized states are required to adopt most aspects of the HWGIR, but many have not yet done so.

On December 28, 2020, the House overrode President Trump’s veto and passed the National Defense Authorization Act for Fiscal Year 2021 (H.R. 6395) by a vote of 322 to 87, and the Senate passed the bill on Jan. 1, 2021, by a vote of 81 to 13. Subtitle E of Title II of the Act (Subtitle E) includes the text of the bipartisan Sustainable Chemistry Research and Development Act of 2019. Subtitle E will establish an interagency working group led by the Office of Science and Technology Policy (OSTP) to coordinate federal programs and activities in support of sustainable chemistry. Learn more at https://www.congress.gov/bill/116th-congress/house-bill/6395/.

On Jan. 15, 2021, OSHA’s civil penalty amounts for workplace safety and health violations increased based on cost-of-living adjustments for 2021.Learn more at https://www.osha.gov/penalties/.

RadTech recently has become aware of regulatory decisions that penalize UV/EB processes for being co-located (in one facility) with solvent-borne systems. An example is a recent determination by the South Coast Air Quality Management District (SCAQMD) to require a facility to obtain a permit for its UV/EB equipment, simply because it constituted a change to the process line.

For many years, RadTech advocated and ultimately obtained exemptions from permits in the SCAQMD as part of its Rule 219. The agency’s staff now takes a position that, although Rule 219 has certain permit exemptions for the sole usage of UV coatings in low quantities, due to the existing VOC emissions of the solvent-borne coatings the addition of a photoinitiator and modification of the process required evaluation under a separate permit application. RadTech believes that the current staff interpretation is out of sync with the SCAQMD’s Governing Board intent to support the promotion of clean technologies such as UV/EB/LED through various policies, such as recordkeeping exemptions and permit exemptions on Rule 219. Staff’s current interpretation undermines the board’s well-established public policy to promote UV/EB/LED materials via permit exemptions in Rule 219 by unfairly penalizing UV equipment for the emissions of the conventional solvent system. The only reason the facility was required to obtain a permit was because the facility added a photoinitiator to its existing solvent-borne coating.

Staff argues that the permit was necessary in order to evaluate the emissions, but any emissions associated with the addition of the photoinitiator should have been evaluated on their own under the current 219. Such a targeted and focused evaluation would have resulted in a finding that no permit was required. The engineering evaluation concluded that the emissions from the photoinitiator were “0 lbs/day.” It appears the only reason a permit evaluation was required was because it was considered a modification of the existing solvent system. But, this was unnecessary as the emissions from the solvent process already were accounted for in the prior permit. The facility was required to pay more than $7,000 to obtain a permit. The District’s 219 would have exempted the UV operation if it had been looked at as a separate source of emissions from the solvent system. The Association believes this determination is unfair to UV/EB/LED technology and defeats the SCAQMD Board’s intent to provide incentives for conversion to UV/EB/LED. Requiring permits and payment to the District for permit processing fees will act as a disincentive to companies that want to convert some of their operations to UV technology to experiment with the process before committing to a full conversion of their facilities. The additional permitting cost will have a negative impact on conversion to UV/EB/LED operations and chill potential conversion projects. RadTech will be asking the District to clarify its interpretation of the permitting policy, apply Rule 219 to the UV portion of the coating system and not use solvent systems as anchors to pull down UV/EB/LED processes into the permitting system. The staff’s recognition that the project in question does “not impact emissions” bolsters Radtech’s position.

RadTech believes the district should look at UV processes as standalone processes for purposes of determining whether or not a permit is needed. The only additions in question for the facility in Southern California were: 1) addition of a photoinitiator and 2) addition of a curing system, which consisted of UV lights. The permit evaluation concluded what Rule 219 already acknowledged, namely that there were no emissions from the UV material. Light units do not have any emissions and thus, the overall emissions of photoinitiator plus lights were zero. Additionally, the facility vented all of its emissions to a control device as part of a Permanent Total Enclosure (PTE). Under the current staff interpretation, the company presumably could have installed a stand-alone UV coater, not vented it to the PTE and it would have been exempted from permit under Rule 219. This type of interpretation encourages facilities not to vent to their existing controls, which is counterproductive to the District’s mission. RadTech will continue to advocate for added regulatory flexibility for UV/EB/LED processes and for policies that promote, rather than discourage, conversion to the technology. 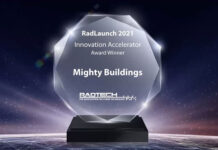 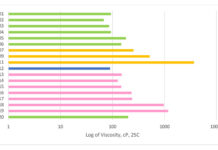