The germicidal effect of UVC has long been known as a solution for disinfection and sanitation. As the need for disinfection technology peaked in the 2020 global health crisis, Phoseon was approached by a major healthcare organization to aid in decontaminating molecular diagnostic tools. This project resulted in the largest UVC LED decontamination system in the world to date.

The increased urgency for accuracy and mass production of tests to prevent the spread of SARS-CoV-2 brought to the surface a common challenge in healthcare manufacturing: the ability to scale up production without compromising results. In this case, the components in question were parts of a COVID-19 rt-PCR test kit. Due to the nature of the PCR reaction, nucleic acids and proteins must remain free of contamination, and molecules – such as DNA and RNA enzymes, among others – will jeopardize the integrity of results. In many cases, humans are the source or carrier of these contaminants. Just by handling material, or even having it in the same environment as people, biological molecules can contaminate surfaces in minutes. The authoring company’s job was to keep this from happening, using years of research and extensive work in eliminating RNase A1,2,3,4,5, a resilient molecule.

As part of an extensive market study, the healthcare organization investigated other technologies, such as gamma radiation and chemical cleaning. Still, both were too costly, slow to install or in their actual performance, and expensive in maintenance or chemical usage. In chemical cleaning, the organization found that residual chemicals were also detrimental for the PCR reaction. UVC was the right fit to address these concerns.

In this case study, we will explore three conditions: the critical role of UVC sourcing, the specific UVC capabilities and requirements to inactivate RNase A (or other contaminants), and the logistical assembly of the largest UVC decontamination system in the world – all of which were essential for the successful execution of this project.

UVC source and its impact in disinfection applications

For several decades, the source for UVC has been mercury lamps, which – although proved useful over the years – have increasingly shown severe drawbacks due to technical properties. First, as the name implies, these lamps contain mercury. In recent years, governments worldwide have clamped down on the use of this chemical element in all products, including lamps. In the event of breakage, mercury contamination is a serious concern, primarily if the lamps are used in disinfection applications. In addition, mercury lamps are widely classified as hazardous waste, requiring additional costs and resources for their proper disposal. All these factors contribute to the massive push toward a more sustainable disinfection alternative.

Second, mercury lamps are inefficient. Only about 10% of the power (mW) that goes into a mercury lamp produces energy, and only a tiny fraction of such energy is in the UVC region that contains the critical wavelengths for decontamination. As a result, users have a high electricity cost for a low UVC power and added heat as the by-product of extra electric input. Oftentimes the excess heat is detrimental to the static conditions of a closed system.

Finally, due to the prior two mentioned shortcomings, most disinfection applications with mercury require a secondary containment system for the lamps to avoid mercury contamination. The reason for these is twofold: The secondary containment system includes a water-cooling jacket, and the mercury lamps are under high pressure and can explode. While not dangerous, in and of itself, the destruction of a mercury lamp can douse whatever is below it in mercury. In addition, the secondary containment system has detrimental effects on the performance of a disinfection system: It increases the previously mentioned lamps’ inefficiency by placing a surface between the decontamination source and the target and adding extra distance between the two.

UV loses about 3% to 6% of its intensity as it passes through surfaces, in this case, glass. The loss can be much higher if the glass absorbs some wavelengths. In applications where there is a cooling jacket, the energy must travel through four additional surfaces. In addition, UVC attenuates in the air. A standard industry estimate is that the intensity drops off with the square of the distance, so being an inch or more away from the source has a significant effect. This company’s recommendation to customers is to place the lamps as close to the item undergoing treatment as possible. Recent advances in UVC LEDs have outpaced mercury lamps in efficiency and output.

UVC requirements for RNase A inactivation

Successful UVC disinfection or decontamination requires a strategic approach to the manufacture, assembly and use of UV LED sources that revolves around the biological source of contamination. In this case, RNase A was the target of UVC inactivation. Closely following, the desired levels of decontamination and the materials subject to UVC treatments were the other variables that led the decontamination system’s technical design. As part of the treatment plan, experts chose to target RNase A with 280 nm, an established germicidal wavelength for protein targeting. UV LEDs can be targeted by wavelength to affect various biological structures such as proteins, nucleic acids, enzyme cofactors, or other cellular components, providing focused decontamination.

As previously mentioned, susceptibility to UV is determined by the chemical structure and composition of both the molecule and the surface (or structure) receiving treatment. Therefore, experimental parameters such as wavelength choice, exposure time, energy density and irradiance must account for the specific materials subject to decontamination. Using enzyme activity as a model for protein function, our experts have found that both UV energy density and irradiance have essential effects on protein function, with a general trend of increased irradiance and energy density resulting in higher levels of inactivation, as shown in Figure 1.

Assembly of the Large-Scale Decontamination System

After considering the biological and chemical variables, the engineering team put together a treatment execution plan. The distance and accessibility (direct line of sight) between the UVC source and target are critical parameters to large-scale (and indeed any) decontamination. Figures 2 and 3 show the decrease in UVC effectivity as distance and accessibility barriers increase. As shown in the graphs, the positioning of the sections in need of decontamination highly affects the choice of irradiance and energy density required for treatment. In addition, the effect of material thickness and composition also should be tested for any part.

Once the technical conditions for wavelength, intensity, energy density, distance and position were optimized for the specific test kit component and contaminant in question, the assembly and manufacture of the large-scale system began. Starting with UVC LEDs as small as 1 mm2, these were assembled into lamps and finally into a custom system that met the project needs. The use of LED technology and strategic engineering design allowed the decontamination systems to be mounted directly on the conveyor used in manufacturing. The lower cost of operation compared to mercury lamps or chemical usage meant increased profit for the customer.

UVC LED disinfection brings a personalized solution to long-standing challenges in the packaging and manufacturing of vulnerable materials. Current UVC LED alternatives such as gamma radiation, chemical cleaning or UVC sourced from mercury lamps remain expensive, slow and potentially hazardous options for manufacturers. The addition of LED technology brings speed and ease to the disinfection process. Further, the customer’s in-depth market study provided both a financial and environmental framework for the effectiveness of this technology, which is a breakthrough in the industry. These findings extend beyond decontamination of COVID-19 rt-PCR test kits and apply to the packaging, pharmaceutical, food safety or other industries that must remain contaminant-free. 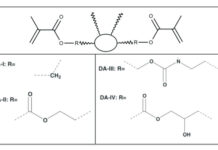 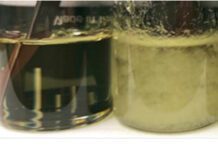