The need to reduce Volatile Organic Compounds (VOCs) and Hazardous Air Pollutants (HAPs) has caused the automotive coatings industry to turn to environmentally friendly technologies1 such as ultraviolet/electron beam (UV/EB) as alternatives to conventional solvent systems. The RadTech Association has successfully made a persuasive case to the South Coast Air Quality Management District (SCAQMD) that the use of UV/EB technology should be encouraged by reducing unnecessary regulatory burdens for end users. The association has negotiated exemptions from permitting, recordkeeping and rule applicability in an effort to remove potential regulatory burdens to the conversion to UV/EB technology. UV/EB technology can be a solution to the myriad of regulations impacting the automotive coating industry.

Rule 1147 was especially controversial with the collision repair industry. UV technology was first introduced as a solution for headlight refinishing operations in 20052. According to the association representing auto body shops, their members switched to waterborne products to comply with SCAQMD regulations. Waterborne products required the installation of heaters to drive off the water. Rule 1147 requires that the NOx emissions from heaters be reduced. Since NOx and CO emissions are inversely proportionate, a decrease in NOx emissions causes an increase in CO emissions, thereby causing the auto body shops to be out of compliance with the CO limits.

During the rules public hearing, dozens of business owners testified that the rule would have a devastating impact on the auto body industry. One of the commenters stated that the various configurations of equipment (now required by the rule) cost between $75,000 to $180,000, with the median price running around $100,000. Another auto body business, with nine locations and more than 200 employees, reported the estimated cost to retrofit their booths would be over half a million dollars and would result in the closure of his business and the loss of jobs. Industry representatives pointed out that, in many cases, the emissions from the equipment were less than one pound per day and that the rules recordkeeping requirements placed an additional administrative burden on business to report their emissions.

Technological deficiencies with the low NOx burners also were reported. A business representative testified that advances in the technology of paints could make heaters obsolete in the coming years, and the costs to comply with this rule now will be wasted when heaters are no longer needed. SCAQMD staff is now proposing to delay the requirement to replace burners for existing in-use spray booths until the heating system is modified or the unit is replaced. Some businesses are paying thousands of dollars in fines per month as a result of noncompliance with Rule 1147. Thus, delays are also being considered for burner replacement of in-use units emitting less than one pound per day of NOx unless the combustion system is modified or the unit is replaced. In some cases, companies must provide source test data, which can come at a considerable expense. UV/EB processes that do not employ heaters do not have an issue and, therefore, may have an advantage.

A deeper look at automotive regulations and updates on those affecting the UV/EB industry can be found at www.uvebtech.com. Rita Loof is the director of regional environmental affairs for RadTech North America. 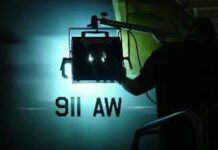 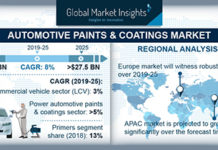 Automotive Paints and Coatings Market to Exceed $27 Billion by 2025