Soft-touch coatings are unique finishes that deliver the feel and appearance of a velvet or flocked fabric substrate. Tactile surface feel is one of the most sought-after features in plastics decoration. Thousands of neural receptors in our fingertips process touch differences as small as 1/300th of an inch. Touch can’t be turned off, and fingertip appeal plays an influential role in buying behavior. This is particularly the case for soft-touch coatings.

This was illustrated1 in a recent paper that demonstrated “… there is evidence that integration of soft-touch coatings increases FMOT (First Moment Of Truth) and SMOT (Second Moment Of Truth) particularly in beauty and cosmetics” packaging as “customers are willing to pay a 5% price increase for packaging with soft-touch tactile coating as opposed to packaging with no tactile coatings.”

The interest shown by brand owners in tactile surface feel encompasses all B to C markets, including packaging, consumer electronics, automotive, small appliances and aerospace. Beyond just adding a feeling of quality, brands can connect with consumers through touch, using emotional engagement and visceral reaction to manipulate the connection between perception and reality.

Conventional soft-touch coatings can provide excellent soft-touch properties. They are two-part isocyanate-based chemistries in either solvent or water that use a difunctional polyol with a trifunctional hardener (isocyanate). A large portion of the formulations used are solvent-borne, with limited pot life and a requirement for an extended cure time.

There is a clear interest in a UV-curable system that can replace current 2K soft-touch coating technology. In addition, there is a need for increased resistance to mars, abrasions, stains and chemicals compared to the conventional systems.

Quantitative assessment of soft-touch performance of a coating remains elusive. Various authors have reported a strong influence of parameters, such as participants age2, sex3 or fingertip moisture level4, on tactile perception, just to name a few.

In our studies, experimental soft-touch plate samples were evaluated by a panel of 11 people selected among our R&D and headquarters staff. They were selected to create a range of background, age and gender. The perception of touch is complex, and ways to describe the full tactile experience quantitatively are lacking. To start, we explored only one dimension, using the attribute “hard” (1) versus “soft” (5). Table 1 reports the results obtained for “sample 19.”

We confirmed that perception of feel varies from person to person: What feels “hard” to one person might feel “soft” to another, and observers need to be trained to rate soft feel properly. We found that that using three test samples described as “rubbery,” “silky” and “velvety” as a reference helped us to establish a comprehensive “language” for our panel of volunteers.

When touching a surface, humans perceive its topography and softness by sliding a fingertip, with a certain velocity and pressure. The sensation of pleasantness or unpleasantness results, in part, from the frictional force and by the surface topography. We applied atomic force microscopy (AFM) to measure mechanical properties of coating surfaces with the goal of correlating results with touch feel.

All AFM indentation measurements were performed with an MFP-3D atomic force microscope (AFM) from Oxford Instruments (formerly Asylum Research). HAS 60 AFM probes from Team Nanotec® with a spring constant of approximately 27 N/m and an end-radius of approximately 60 nm was used for indenting the coatings. The spring constant was determined using the Sader method5. The probes were calibrated based on force distance curves acquired on a silicon sample.

Nanoindentation of the coatings was performed in adhesive oscillatory contact. Force amplitudes of 100 nN or 200 nN were used for the oscillatory loading measurements. The frequency was 1 Hz. Data points were acquired for 60 seconds for each curve. Six to 10 curves without obvious artifacts were acquired for each sample. Custom software written in IGOR® was used for data analysis to determine elastic and storage moduli and adhesion forces. A Poisson ratio of 0.4 was assumed to calculate shear storage and loss moduli from the AFM data. The data analysis is based on the adhesive contact model put forward by Daniel Maugis.6

We evaluated the haptic properties and the MEK rub resistance of a homogeneous series of aliphatic urethane acrylates (MW = 3,000 g/mol) with identical soft polyol segment. Cross-linking density was varied by adjusting the end chain acrylic functionality from 2 to 6 per molecule on average (Figure 2).

In first approximation, for weakly cross-linked soft materials, such as the one chosen in this study, the cross-linking density of the film after cure can be considered as proportional to the double-bond concentration before cure.

In any case, as the concentration of double bonds was increased, improvement of MEK resistance was concomitant with the disappearance of the soft-touch property. During our investigations, we observed that the same dependence held true for mar, abrasion, stain or chemical resistance in most homogeneous coating systems.

Based on the first set of experiments, the Design of Experiments was extended to screen combinations of cross-linker M1 with oligomers UA4 and UA5.

The combination of UA5 60% and M1 40% provides a UV system that has good feel with increased mar, abrasion, stain and chemical resistance compared to the conventional systems.

Ongoing work in our laboratories on 100% UV-curable and waterborne UV-PUD soft-touch coatings will further expand the possibilities for formulators.

Finally, the combination of UV technology with 3D decorative processes – such as screen or inkjet printing – will create new possibilities in terms of 3D tactile finishes. 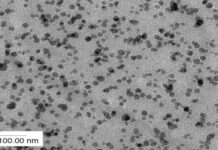 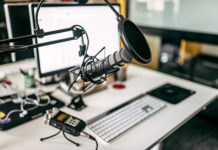 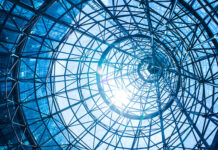