In the English language, it’s quite common for one word to mean any of several different things. Often, if it weren’t for context, it might be difficult to figure out what actually was meant.

However, when it comes to science and engineering, more precision is demanded. For example, what does it mean to describe something as “round?” Purveyors of Precise Terminology might contend that “round” essentially is meaningless, and that a round object must be either circular, cylindrical or spherical  no more, no less.

Within science and engineering, there is a compulsion to use only the correct terms when referring to phenomena or measures to ensure clarity and understanding. A number of technical dictionaries and glossaries for a variety of sciences are available – some are highly specialized, and many are comprehensive and extensive. Today’s industrial applications employ combined technologies, and there is a need for convergence of correct terms.

In recent years, and after a UV campaign begun in 1995, we gradually have managed to replace the common general term “intensity” with the correct optical term “irradiance.” Irradiance is the measure of the flux of radiant energy per unit area, typically at a surface, in watts/cm2 (or mW/cm2), while the term “radiance” refers to energy emitted from a source. Oddly, “intensity” actually has a very specific optical definition of watts per steradian (W/sr) – probably not what was meant.

A way to look at the distinction between generic common use and technical meaning is to assess whether the term has units of measure associated with it.

In an effort to “tune up” the terms we use, the UV Measurement Group of RadTech North America assembled a glossary of terms appropriate for UV curing technology. Introduced a few years ago, this glossary is intended to be compact, easy-to-use and correct – but, not technically deep – and consistent with UV terms as they apply to cross-disciplines of optics, physics and chemistry. A number of sources in these disciplines were used in the assembly of the glossary.

A few terms have been revised and some added, with care to keep the glossary to a compact size. The glossary can be found on the RadTech website at www.radtech.org/intro-to-uv-eb/uv-glossary.

A few readers always are surprised by some of the terms and by the fact that they arent what the readers thought them to be. We all use common words – such as “intensity” and “light” – in a generic sense, but may forget that the terms are specific when used in technical context. For example, ultraviolet (UV) is characterized by a very specific region of the electromagnetic spectrum, while light is defined as only the visible portion of that spectrum. Even so, we hear the expression “UV light” when, in fact, there may be no such thing!

Another term – often the subject of discussion – is the term “dose.” Dose is a defined EB and high energy or ionizing radiation term, but because UV and EB are related by chemistry and “grew up in the same family,” the term leaked from the electron beam lexicon to UV. We should make an effort to avoid having one term with two different definitions and meanings. The EB and ionizing energy definition is based on energy absorbed per unit mass (or unit volume), and the EB units are the gray (Gy) or kilogray. (The rad, the corresponding cgs unit and equivalent to 0.01 Gy, is disappearing from use.) For UV and non-ionizing radiant energy, we measure photon energy delivered per unit area, and the preferred term is “exposure.” Accepted alternates in use in UV curing technologies are “energy” or “energy density” and the units are joules/cm2 or mJ/cm2. Solar UV exposure typically is expressed in J/m2.

One of the most common problems we have encountered in the design and troubleshooting of production UV curing and UV exposure systems is the incorrect or vague use of terms and units. Almost all radiometer manufacturers have taken care to use proper terms and units, but many material suppliers have fallen into habits of fuzzy data – and this gets repeated by users.

It is hoped that the RadTech UV Glossary continues to help in the consistent use of technical terms used in our technology and industry, as well as in technical papers, articles, advertising and presentations. 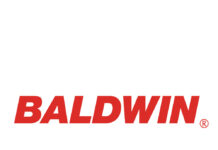 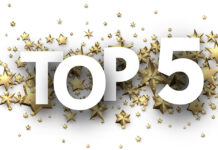 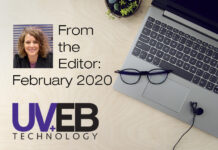