A focus on ensuring customer satisfaction, as well as eliminating handling and excessive line maintenance, led the management at Microplastics, Inc., St. Charles, Illinois, to move to UV cure about a dozen years ago.

“We started using UV applications around 2005,” said Jim Krause, vice president for engineering. Prior to that we had a few different programs using two-part epoxies as means to seal a part. They performed OK, but they were difficult to work with; they were messy and required high maintenance on the dispensing lines.

Incorporated in 1989, Microplastics, Inc., was created with a goal of becoming a leading global supplier of insert-molded parts. It offers services from research and development through molding, assembly and testing to the appliance, automotive, computer, electronics, medical and communications industries. The corporation is IATF 16949:2016 & ISO 9001:2015 certified, and its quality lab is accredited by General Motors. The corporation has been employee-owned for a decade.

Many of those parts are insert molded due to the electrification of the vehicle and consumer-driven complexity, said Krause. “Everything that used to be mechanical now is becoming electronic. As a result, there are more connectors and circuitry requiring distribution of electricity,” he said. “Every year, more sensors are going into vehicles. In addition, systems such as back-up cameras and remote starters used to be available only on high-end cars, but thats no longer the case.” As this complexity increases, demand for insert molding expertise rises.

At Microplastics, 95 percent of its molded parts require some type of secondary operation, such as assembly or various kinds of testing. A need to eliminate handling and excessive line maintenance during assembly operations led the company to UV technology as a solution. Krause said the company has approximately 10 lines that run various products, dispensing a single-part adhesive followed by UV cure. “We are a contract manufacturer,” he continued, “so, for the most part, we are following our customers recipes or specifications. We do provide input and suggestions on what to use and how to use it, but we are basically doing what our customers are specifying. Among the advantages we’ve found with switching to single-part materials with UV is that it allows us to perform continuous flow of other secondary operations, such as leak-testing.”

Grant Gundrum, Microplastics’ automation engineer, chimed in: “We have a couple of lines where parts are being assembled, the potting compound is dispensed, and then parts are cured. We are able to eliminate extra cooling and operator handling by using multiple stages of UV curing. Because of that, we’re able to keep parts on the table and eliminate excessive handling. They cure and cool and then pass right along to the test phase.”

Customers report good results, Krause said. “Single-part materials with UV cure have had good performance results through their validation and life-cycle testing. Some of the benefits customers have seen include high flexibility and good temperature resistance, with the ability to withstand thermal expansion through temperature swings.”

Gundrum noted that any increased use of UV cure would be driven by the customer base. “We have explored UV-LED sources,” he said, “and we’re continuing to look into that – to keep abreast on how the technology evolves and how we might be able to cure and seal our parts faster.”

To serve the demands of its customers, who order more than 40 million parts a year, Microplastics has found the UV cure lines to work well, Krause said. “By performing the proper maintenance on the curing system – checking the intensity of the UV source, maintaining the filters – we’ve found the technology to be very successful.” 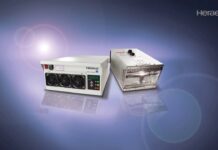 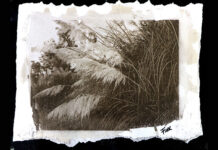 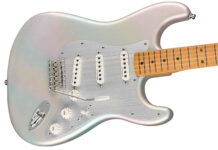