In the first three editions of this column, the groundwork for better understanding the nature of polymers – vis-à-vis lower molecular mass materials – was laid. In this edition, we will look at factors that chemists, chemical engineers and materials scientists can, in principle, manipulate to change polymer properties. These include changes that can be made in composition, molecular structure and morphology.

Changing the chemical composition of the polymer through changes in monomer selection is perhaps the most obvious way to change polymer properties. After all, one would not expect poly(vinyl chloride) (PVC) to have the same set of properties as high-density polyethylene (HDPE), poly(acrylic acid) (PAA) or polycarbonate (PC). Different monomers, obviously, have different sizes, geometric structures, polarities and molecular masses – all of which have significant impact on the properties of the resulting polymer.

Arrangement of Monomers in a Macromolecular Chain

Homopolymers. Polymers consisting of a single monomer have only one possible arrangement of the monomer units in a macromolecular chain or “backbone.” This is illustrated in Figure 1.

Copolymers. Polymers produced using two different monomers have several ways they can be arranged in the backbone. These different arrangements of the same two monomers would be expected to produce different polymer properties.

Alternating: In this case, one monomer is attached only to the second one and never to itself, as shown in Figure 2. To achieve this through synthesis, the two monomers must have little or no tendency to homopolymerize and a strong tendency to copolymerize with each other.

Random: It also is possible for two monomers to form a random arrangement in the polymer chain (Figure 3). This occurs when both monomers may readily either homopolymerize or copolymerize with each other. In other words, they have no preference when reacting together.

Block: A third possibility for two monomers reacting to make a copolymer is that they can form long “blocks” of homopolymer within the copolymer backbone, as illustrated in Figure 4. If the blocks differ in hydrophilicity (“water-loving”) characteristics, these can serve as surfactants. Blocking can occur when both monomers have a strong tendency to homopolymerize, but only a slight tendency to copolymerize with each other.

As discussed in the first edition of Professor’s Corner, polymers can take on various structural arrangements.

Linear Polymers. Figures 1 through 4 all illustrate linear polymers, those that consist of single strands of macromolecules. Schematically, a linear polymer can be illustrated by a single, randomly oriented line, as shown in Figure 5. These may have a relatively high degree of microcrystallinity, due to the ability of the macromolecules to align with one another.

Graft Copolymers. This type of polymer is produced by reacting a previously synthesized linear polymer with a different type of monomer to produce “branches” that are different in composition from the polymer chain. The “tree limb” model in Figure 6 can be viewed to illustrate both a branched polymer and a graft copolymer. However, for the latter, one must imagine that the branches are made of a different type of wood than that of the tree! Such a strange mental image provides a fairly good conceptual understanding of the similarities and differences between branched polymers and graft copolymers.

Crosslinked or “Network” Polymers. All commercially viable UV/EB-produced polymers are crosslinked. However, they also may contain oligomeric or polymeric fragments, as well as unreacted monomers that – for a variety of reasons – are not crosslinked into the 3D network structure. A schematic representation of a crosslinked polymer is given in Figure 7. While this is a 2D illustration, network polymers are 3D in structure.

A useful model for an idealized crosslinked polymer is a diamond. Diamond is one of several known allotropic forms of carbon wherein every carbon atom is attached with covalent single bonds to four other carbon atoms which, in turn, are attached to three additional atoms, and so forth. Effectively, a pure, perfect diamond would be a single molecule of exceptionally large – essentially infinite – molecular mass. A diamond’s rigidity and hardness are a direct result of its heavily crosslinked structure.

Along with chemical composition, arrangement of monomers along the backbone and the overall structure of the macromolecules, a chemist can manipulate the molecular mass, molecular mass distribution and other factors – including how the polymer is processed during or after production – to bring about significant changes in final end-use properties. These topics will be explored in future editions of Professor’s Corner.

The Professor’s Corner provides science-based information to people employed in the UV/EB industry or in related research. Topics may range from the fundamentals of polymer chemistry to the detailed science of photopolymerization to provide a deeper understanding of the chemistry and technology of UV/EB polymerization and a framework to clarify industry terminology.

What are your technical questions about polymer science, photopolymerization or other topics concerning the chemistry and technology of UV/EB polymerization? Please submit questions or comments via email to Dianna Brodine, managing editor for UV+EB Technology at [email protected]. 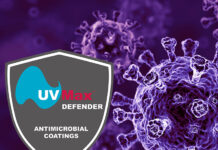