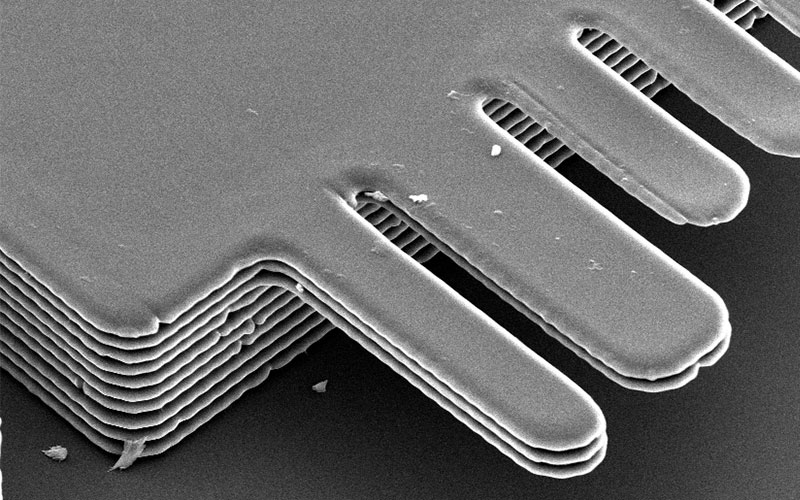 With the ability to 3D-print a structure smaller than a human hair, RadLaunch winner MicroMaker3D is ready to address the need for microfabrication-level rapid prototyping.

“The production of small, light devices that consume less resources and use less power has enabled microsensors, wearable technology, hardware of IoT devices, point-of care devices for medical diagnostics, micro-robotics, aerospace applications and more,” said Andrea Bubendorfer, who leads the MicroMaker3D team. “Until now, there has been no rapid prototyping technology to make these tiny structures.”

She explained that the group was especially interested in the opportunities the industry potentially provided, describing it as “a core technology that underpins these emerging high-value technologies. Miniaturization is critical for all these areas.”

The process can be used to print active structures – cantilevers, bridges and membranes – that respond to environmental stimuli. LRP accommodates such substrates as paper, fabric and printed circuit boards.

“The MicroMaker project arose from some work we’d done earlier, looking initially at the New Zealand context for microfabrication,” Bubendorfer said. “Being a small country – population less than five million – as well as geographically distant from most of the world, we have few large companies working in the microfabrication space.”

The group considered other means of lower-cost methods of microfabrication, seeing cleanrooms and other necessary equipment as cost-prohibitive. They began to develop techniques to scale down cost. “While others in the market were trying to do things better,” she continued, “with higher resolution, for example, we were focused on doing things simply and affordably. After a while, we realized our tools and techniques could be automated.”

The result was MicroMaker – analogous to a 3D printer.

“These are critical to reaching the extreme 5-micron resolution,” she said, “as well as providing fast patterning of the entire layer, with high speeds of only seconds per layer.”

Micromaker3D was among the 2019 RadLaunch awardees recognized at the BIG IDEAS for UV+EB Conference last spring in Redondo Beach, California.

“Being a RadLaunch winner was enormously exciting,” Bubendorfer said. “Being present at the meeting gave opportunities to talk to people in the field and see presentations that we wouldn’t otherwise have been able to. In particular, being based in New Zealand – the ability to talk to researchers and developers at the cutting edge was a fantastic opportunity to gain insights into the latest developments, markets and gain an understanding of end-user needs.

“Since RadLaunch,” she continued, “we were finalists in the KiwiNet Research Commercialisation awards and winners of the New Zealand Engineering Vision (ENVI) award. Being able to claim a winning position in the RadLaunch Class of 2019 gave us prestige and credibility, which has helped with these ongoing opportunities.”

Bubendorfer explained that Callaghan Innovation is New Zealand’s innovation agency. “We activate innovation and help businesses grow faster through a range of research and development services. KiwiNet is a New Zealand agency charged with getting publicly funded research to market faster. KiwiNet is made up of 18 partner research organizations, including Callaghan Innovation, working toward the common goal of transforming scientific discoveries into new businesses. In our case, MicroMaker was a project co-funded by both organizations.”

One of MicroMaker3D’s first collaborations was providing a print service for a university research customer, printing structures from the researchers’ designs, “quickly and at low cost,” Bubendorfer said. “Since then, we have worked with a number of further customers, sometimes enabling entirely new capability.

“The main competitor in the microfabrication field still is the manual tools and processes to develop microstructures,” she continued. “These are slow, skilled and costly techniques. Two-photon lithography – also known as two-photon polymerization – such as used by Nanoscribe, has been used to widely expand the possibilities in microfabrication, and some 3D printing techniques are increasingly developing toward printing small and high-resolution structures. Nevertheless, our process is inherently different – not just in the technical approach, but in outputs. The LRP technique of printing in 5-micron-thick solventless layers leads to a direct fabrication method to the basic micro-electro-mechanical systems (MEMS) springs – bridges, plates, cantilevers and membranes.

“Since around the turn of the century, most of the world’s MEMS research and development has been in polymer photoresist materials, with the silicon industry reaching maturity,” she explained. “Polymer MEMS offers interesting new developments, with the material characteristics afforded by these photodefinable materials, including the flexibility seen by comparison with silicon, allowing much larger degrees of freedom of movement. I see immense opportunity for the future of photopolymers in MEMS development. It’s a very exciting field to be working in. LRP provides a route to accessing these opportunities.

“These active devices move and respond to the environmental stimulus in a measurable way: Thus, we can print the basis of sensors. Combined with paths to metallize selected areas and the ability to print on a variety of substrates – printed electronics, paper, polymers etc. – provides the ability to print high-value active structures.

“MicroMaker works by utilizing extreme resolution UV-sensitive photoresists, designed for the microfabrication industry as a consumable,” she continued. “Purchased off-the-shelf as dry film, these prepolymers are well tested with exceptional chemical and thermal properties, as well as high resolution in patterning and thickness. When exposed to patterns from a UV projector, each thin dry layer can be patterned with great sensitivity and speed. Many active microsensor devices are based on four basic springs – the cantilever, bridge, plate and membrane. The use of dry film is ideal – not just for forming the thin, active membranes and overhangs for MEMS devices – but the dry material makes the process very robust, eliminating the need for any solvent removal.”

The resolution requires focused UV to provide enough energy to liberate a catalyst latent in the resin system, she continued. “3D structures are formed from the adhesiveless lamination of the UV-imaged resin films to form a stack. The selectively exposed areas are polymerized by heat cure with the precisely controlled catalyst. The result is an exceptionally strong, fully polymerized print with extreme chemical and thermal resistance.

“A significant advantage of LRP is the ability to extend our roll-based operation to a full manufacturing scale roll-to-roll process. This means that prototyping to production, without the need for design change, now is uniquely enabled, so polymer MEMS may be able to compete in some areas with silicon technology.”

“What I see in the longer term is the ability to extend microstructure from expensive R&D institutes to small companies. This is a particularly exciting opportunity, as these smaller companies are able to be responsive and adaptive, and so are well positioned to create disruptions around them. Having a low-cost entry, as well as a path to manufacture, means we are creating a much larger pool of players and opportunities. At the end of the day, I hope to see much more creativity from democratizing microfabrication.” 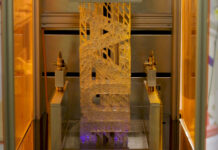 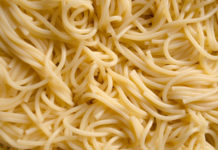