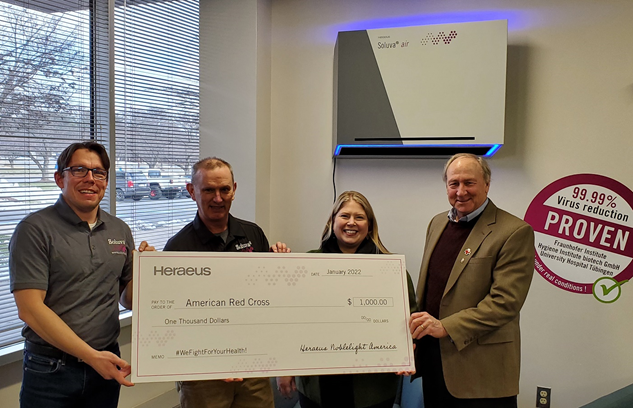 Heraeus Noblelight, Gaithersburg, Maryland, has announced the culmination of its recent #WeFightForYourHealth campaign, which resulted in a $1,000 donation to the local chapter of the American Red Cross.

This Red Cross chapter is part of the American Red Cross of the National Capital and Greater Chesapeake Region headquartered in Fairfax, Virginia.