UV curing systems are omnipresent today and find applications in various fields. Within the printing industry one of the growing markets for UV curing systems is found in the packaging sector. A particularly challenging field for UV formulators is food packaging or food contact materials in general: Small mobile molecules that can migrate into the food represent a potential threat to the consumer.[1]

The migrating molecules can originate from different sources. While monomer migration easily can be minimized by proper curing control and the use of multifunctional monomers carrying more than one acrylic function, other potential migrants are more challenging. Photoinitiators serve as an example, and incidents in which photoinitiators could be detected in food have received much attention in the past – a prominent example being the ITX scandal in 2005.[2] In addition to unreacted photoinitiator residues, the migration of the possible side products – including decay products formed during the UV curing – also should be considered. These can differ substantially among different photoinitiators, depending on the molecule itself as well as the reaction mechanism. This article provides a short overview regarding photoinitiator migration as well as solutions offered by the industry.

Mechanisms for Photoinitiation of Polymerization Reactions

Photoinitiators available in the market today can be divided in two groups concerning their reaction mechanism: Type I photoinitiators can directly initiate a radical polymerization, while Type II photoinitiators need a co-initiator, or synergist.[3]

Acetophenone derivatives, and in particular a-hydroxyl- and a-aminoacetophenones, are among the most common Type I photoinitiators, along with acylphosphine oxides. When an a-hydroxyacetophenone is irradiated with UV light, the s-bond between the carbonyl group and the aliphatic a-carbon is broken. In the example of 2-hydroxy-2-methylpropiophenone, this leads to the formation of a benzoyl and a 2-hydroxyl-2-propyl radical (Figure 1). These radicals are of high reactivity and readily initiate the polymerization. Therefore, in the ideal case of 100% conversion, all of the photoinitiator is incorporated into the polymer. Type II photoinitators are mainly represented by benzophenone as well as thioxanthone derivatives. On exposure to UV light, the photoinitiator – for example, benzophenone – is excited and remains in a triplet state, which by itself would decay over time. In the presence of a synergist, e.g. an amine, an electron transfer from the synergist onto the benzophenone takes place. This is followed by the transfer of an acidic proton from the resulting amino radical cation to ketyl radical anion (Figure 2). While the a-aminoalkyl radical formed is reactive enough to start the radical polymerization reaction, the ketyl radical is relatively stable. It does not initiate a polymerization but is more likely to undergo recombination or hydrogen abstraction (Figure 3). As a result, even with a 100% conversion, Type II photoinitiators remain a source of relatively small molecules that can potentially migrate.

As mentioned in the previous section, an ideal system using Type I photoinitiators with 100% conversion eliminates potential migrants, as incorporation into the polymer network takes place. Type II photoinitiators, on the other hand, form potential migrants, even in an idealized system. In the example of benzophenone, either benzhydrol is formed through hydrogen abstraction or a radical recombination takes place – for example between two ketyl radicals forming benzopinacol (Figure 3).

By all means, actual UV curing processes are far from ideal. Therefore, other reaction pathways must be considered. Chiefly, in day-to-day applications, a certain residual amount of unreacted photoinitiator always remains. It may be due to direct recombination in case of Type I photoinitiators or decay of the triplet state in Type II photoinitiators – either through quenching of the triplet state through oxygen or lack of reaction partner over time, or simply by lack of excitation of the molecule, particularly in thick films.

Another possibility to be considered with Type I photoinitiators is recombination or hydrogen abstraction of the resulting radicals. When the 2-hydroxyl-2-propyl radical is formed by excitation of 2-hydroxy-2-methylpropiophenone, the molecules resulting from such a reaction include isopropanol, pinacol, benzaldehyde and benzil (Figure 4). While isopropanol will readily evaporate from the heat produced during the curing process, the latter substances pose more of an issue.

Benzaldehyde, or any derivative in respect of the photoinitiator used, will mostly remain within the cured material and migrate through time, contaminating food and creating an olfactory impact on the final product. Benzil, on the other hand, might decay again during the curing process, considering that it represents a photoinitiator by itself. Accumulation of benzil, as well as pinacol derivatives, should be taken into consideration especially in thick film applications and inert atmosphere curing, as formation is more substantial than in thin films in which oxygen inhibition is more likely to happen than recombination.

In conventional UV printing techniques, issues arising from oxygen interaction must be considered. Oxygen can inhibit polymerization in different ways. The relatively long-lived triplet states of Type II photoinitiators are prone to be quenched by interaction with an oxygen molecule if it is encountered before reaction with a synergist. Type I photoinitiators, on the other hand, undergo unimolecular fragmentation readily after being excited to the triplet state, minimizing diffusion time and the chance for an oxygen molecule encounter. Despite that, the carbon-centered radical formed in the fragmentation process readily reacts with oxygen to form peroxyl radicals, which show little reactivity with acrylic double bonds, inhibiting polymerization. Subsequent hydrogen abstraction might lead to the formation of a radical with higher reactivity toward acrylic functionalities and, therefore, initiate another chain polymerization. The photoinitiator-derived fragment remains as a small molecule in the cured film, representing a potential migrant. In the case of 2hydroxy2methylpropiophenone, the fragments formed were found to be acetone – which readily evaporates during the curing process – and benzoic acid (Figure 5). The exact mechanism for the formation within the film remains unclear,[4]] although a decay of the resulting peroxide compounds through reaction with peroxy acids is possible.[5]

As in Type II systems, the polymer chain reaction is initiated by the synergist, for example by the aaminoalkyl radical formed in the co-initiation step (above), oxygen inhibition through peroxyl formation would mainly affect the synergist part of the system. This articles focus is on the photosensitive parts of the initiation system; however, the ketyl radical formed by the photosensitizer can react with oxygen. It can be assumed that this would lead to an oxidation of the ketyl radical and recuperate the benzophenone moiety.[6] (For further information regarding oxygen inhibition, we recommend the review by Ligon et al.[7]).

As UV printing has become more important in food packaging, the industry has started to deliver a multitude of products that show reduced migration potential. To decrease migration, the photoinitiator must be immobilized. One way to achieve immobilization is to increase the molecular weight of the substance. It has been shown that calculated diffusion coefficients drastically increase at molecular weights below 300g/mol.[8] At molecular weights above 1,000g/mol, migration is considered minimal, so only substances with lower molar mass are considered toxicologically relevant by the European Food Safety Authority.[9]

Most producers increase molecular weight by building oligomeric structures that tether two or more photosensitive moieties together, usually achieving weights 450g/mol to 800g/mol. This effectively reduces migration potential – although it does not achieve the regulatory limit. This is a consideration for Type II systems, as the photoinitiator is not incorporated into the system. Differently oligomeric Type I photoinitiators are likely to be incorporated, as the chance for a successful initiation increases with the presence of more than one photosensitive moiety.[10] A general downside of oligomeric photoinitiators is their impact on viscosity. As a consequence, an ink or varnish developer is severely confined in the freedom to formulate. For example, the use of monomers with low viscosity might be necessary, usually decreasing functionality and increasing the chance of migration.

In a Type II system, a way to reduce the impact on viscosity while reducing migration potential is to reduce molecular weight and incorporate the photoinitiator into the system. This can be achieved by incorporating an acrylic group into the molecular structure, as has been done with the recently commercialized photoinitiator shown in Figure 6, herein referred to as HBEOAc.[11] Although a Type II photoinitiator, it can be incorporated into the polymer network and, as a consequence, can form all the mentioned side products during curing. This might happen either through an initiation by the photosensitive moiety itself or by reaction with another propagating chain.

In case of “self”-initiation, incorporation of the molecule into the network is highly probable due to the vicinity of the a-aminoalkyl radical, formed in the co-initiation process, to the polymerizable moiety (Figure 6). As a consequence, overall incorporation of HBEOAc into the polymer network is high. Little to none of the photoinitiator or side products deriving from it could be found in migration tests, showing that introduction of acrylic functionalities is not just feasible but can be an efficient way to suppress migration.

Peter E. Ludwig studied chemistry at Imperial College, London, England, and received his PhD in organometallic chemistry from ETH, Zurich, Switzerland. He has two years of experience in UV curing applications. Since 2015 he has worked for Schmid Rhyner AG in Adliswil, Switzerland, where he holds the position as laboratory manager in basic development. For more information: www.schmid-rhyner.ch, +41 79 516 02 71, [email protected]. 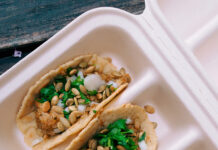 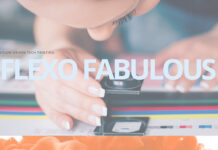