For ultraviolet (UV) and electron beam (EB) inks and coatings that potentially contact food, the regulatory scene has been unusually active of late. There have been some welcome developments, as well as some that could become serious concerns.

To begin, ideological opponents of federal regulatory power – who in the past have mostly traded their ideas in academic and theoretical discussions – have found new prominence in the Trump administration and in Congress. It already appears likely that, in coming years, we will see changes in law or in government practices that result in generally reduced burdens or complexity on industry. However, one result of such actions could be to inspire states or nongovernment groups to add new or different burdens. Already, some examples are visible.

First, advocacy groups are raising questions about the safety of food-contact materials and have asked legislators in California to require food labels to name the “chemicals” in the food packaging. Second, other groups have brought to federal court their objections to the current regulatory program, which allows companies to reach independent conclusions that their uses of substances are Generally Recognized As Safe (GRAS).

Clean Water Action (CWA), a California environmental group, asked state legislators last fall to require disclosure of food packaging chemicals on the label. The group’s August 2016 report, “What’s In The Package? Unveiling the Toxic Secrets of Food and Beverage Packaging,” explains that substances migrate from packaging and other food contact surfaces into food. The report then alleges the chemicals aren’t assured to be safe in all cases and that the federal system of clearing materials and having individual companies assure their safety is inadequate. Therefore, according to CWA, the presence of the materials needs to be revealed as part of the information displayed on food labels.

The report asserts trade secrets about chemical ingredients should be prohibited, saying, “Disclosure should be based on the presence of a chemical, not an estimate of exposure,” since models relying “on risk estimates are inadequate.” The group has concerns about synergistic effects and the effects of mixtures of chemicals.

An FDA regulation exists that specifically exempts substances migrating to food from packaging and other contact surfaces from having to be listed as ingredients on food labels. This proposal would undo that. CWA is appealing to state legislators because the group believes FDA and other feds have fallen down on the job of preventing unsafe exposures.

CWA also wants California officials to “review all indirect food additives currently in use in packaged food products sold in California” and determine whether they have been shown to be safe via sound scientific research. If not, “the state must require that the research be conducted within a narrow time frame….”

Where to begin? These proposals would represent an extraordinary revolution in the regulatory approach to food contact materials that is not justified by the facts. The very concept would morph the regulation of food contact materials from a national legal matter to a state law matter, which can’t help but be burdensome on interstate commerce. (Such an action might ultimately be struck down in court for that reason.) Moreover, the result, and perhaps the intent, of listing packaging materials on food labels would be to cause consumers widespread fear, discomfort and distrust – all for no good reason.

Meanwhile, after years of advocating their position less formally, opponents of the GRAS system have gone to court. The Center for Food Safety and Earthjustice recently filed a federal lawsuit in New York against FDA; its parent, Department of Health and Human Services; and its commissioner, Dr. Scott Gottlieb. The groups claim that FDA’s recently finalized regulations allowing companies to make their own independent conclusions that substances they put into food are GRAS is an unlawful delegation of FDA’s authority to private parties because it “sub-delegated to private, self-interested parties the authority given to it by Congress to ‘protect the public health by ensuring that…foods are safe.'” They call the current system the “secret GRAS system,” and say it violates FDA’s main enabling law – the Federal Food, Drug and Cosmetic Act – because it doesn’t allow manufacturers or FDA to account for cumulative dietary exposure to the substance. As a result, the opponents say, the analysis leading to the GRAS conclusion is flawed.

The new GRAS rule’s criteria violate that law, according to the group, because the criteria permit experts whose opinions form the basis of GRAS conclusions to have conflicts of interest and allow consideration of unpublished studies. These studies don’t meet the law’s standard that GRAS status must be found by qualified experts to be safe, they allege, and that that fact must be generally recognized as such. The Center for Food Safety and Earthjustice also asserts that FDA’s actions are “arbitrary and capricious,” which would be a violation of a federal law called the Administrative Procedure Act.

If these plaintiffs’ complaints are within the structure of the legal framework itself, the solution is to get Congress to change the law. In the meantime, to argue that the way the FDA implements the GRAS concept fails to meet the broad aspirational goals of the Federal Food, Drug and Cosmetic Act seems like a tenuous, albeit creative, argument.

Two logical fallacies weaken these objectors’ arguments. One is the suggestion that examples such as bisphenol A (BPA) are representative of a widespread phenomenon; namely, that chemicals permitted to be in contact with food are unsafe but permitted to be used nevertheless. Leaving aside the legitimate questions about whether BPA is unsafe, particularly to adults, in the levels at which its use results in exposure to people, it’s simply illogical to point to that chemical as the poster child of a broad-based problem requiring a complete overhaul of the regulatory scheme.

Remember, too, that the current regulatory scheme has not prevented questions from being raised and some restrictions on BPA use from being imposed at the state level. (Some federal clearances were found to have been abandoned, and the related regulatory clearances then were removed.) One could argue that BPA is an example of the current system working effectively, rather than the opposite.

Second, the objectors seem to ignore or bury a key fact that scientists commonly recognize as a basic principle: The levels of exposure to chemicals are crucial to determining whether they are unsafe. It simply is poor logic to call a chemical unsafe, but not to account for whether exposure to it is at a level that scientists tell us is of concern.

Situations in which regulators may not have a complete handle on the levels of exposure do raise an important potential concern, but when the context is food contact materials at, near or below 0.5 ppb in the diet, FDA has emphasized, more than once, that the likelihood is remote that even cumulative exposures to chemicals (noncarcinogens) is of safety concern.

The next few years promise to be unusual ones for US regulation of food-contact UV and EB substances: unusually active, unusually promising and unusually concerning, all at once. 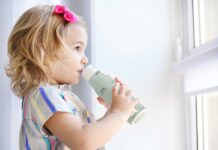