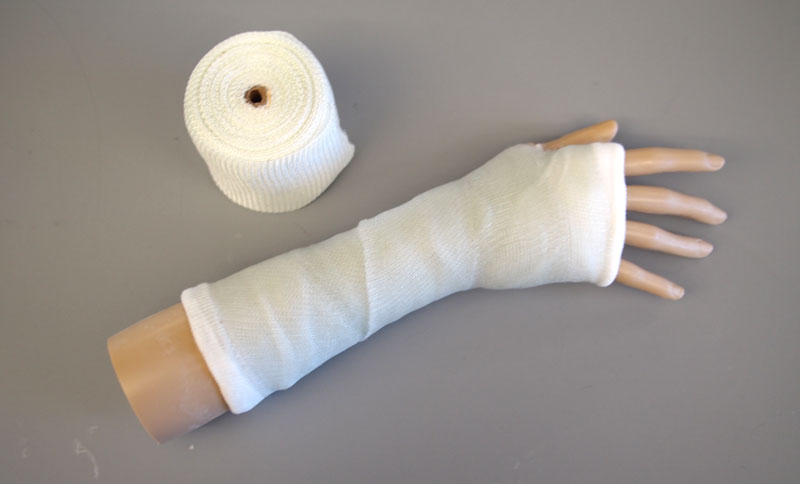 Reboot Medical, a start-up company with offices at the Massachusetts Medical Device Development Center (M2D2) in Lowell, Massachusetts, is developing photocurable materials that can dramatically reduce the procedure time for orthopedic fracture care.

Instead of spending 20 minutes or more waiting for a traditional plaster or fiberglass cast to cure, patients using Reboot’s technology could have a fully cured cast in less than five minutes. The proprietary formulations of resins and transparent fabrics have been designed to be safe for skin contact and cure quickly when illuminated with a UVA PhotoCast curing device.

M2D2, a research and development center/start-up incubator is housed in a renovated building that was part of Lowell’s fabric industry a century ago. “We’re literally sitting on top of a river,” explained Joseph Lomakin, Reboot’s chief executive officer. “It used to be a factory, and it’s a really gorgeous setting, but now it has brand new laboratories. We’re fortunate to be housed here with access to the prototyping space, testing equipment, business mentoring and all the UMass Lowell and UMass Medical School campuses have to offer.”

Reboot was invited to join M2D2 in 2017 and shortly thereafter was named as a finalist in the center’s $100K Challenge, a nationwide competition that showcases innovative ideas of early-stage medical device, diagnostic and biotech companies. Earlier this year, Reboot Medical was featured at RadTech 2018 as a member of the RadLaunch Accelerator Class.

The company grew out of a longtime friendship. Lomakin and Reboot’s chief technical officer, Madalyn Berns, have been friends for many years, Lomakin said. “I’m a polymer chemist, and she’s a mechanical engineer who was studying orthopedics and mechanics of movement. We would talk all the time about the overlap of those two fields. So that’s really where the idea was born. Then the two of us met Jeff (Jeff Maynard, Reboot’s chief of operations), who used to be an emergency medical technician, and all the pieces really locked into place.” 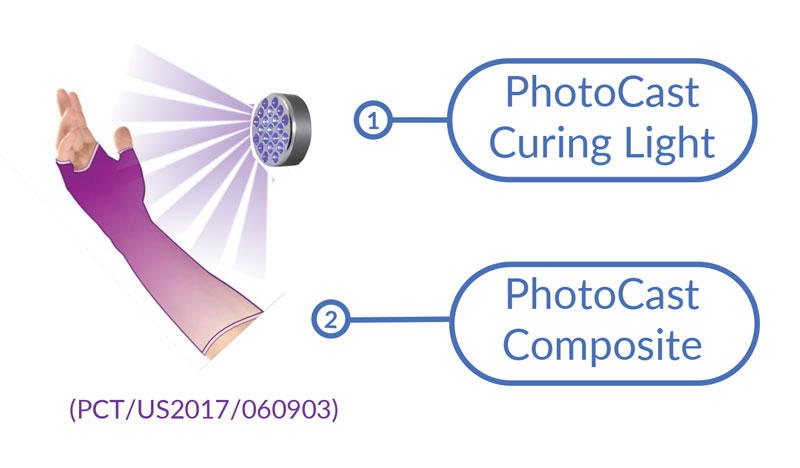 The company name, Reboot, came from the founders’ lengthy discussions of and experiences with casts and splinting devices. The lab space at M2D2 is a giant step up from the original “office space” a couple of years ago – Lomakin’s garage.

Lomakin had previously worked at another medical device start-up company, but he became frustrated, he said, “by the slow progress of bringing a Class III medical device to market. I could see the long time that it takes to approve a new material for use inside the body, so the idea of developing new materials for topical applications and getting them into physicians’ hands was really appealing to me.

“Here’s an application,” he continued, “that’s immediate, game-changing and can make a difference for people – but also is something that is external to the body and quick to prototype. You could deliver a new material to the medical space without exhausting decades and millions of dollars.”

Lomakin cited statistics from the Centers for Disease Control and Prevention showing that, from 2003 through 2009, the mean wait time in US emergency departments increased 25%. “Providers are actively looking for devices like ours that reduce procedure time and associated labor costs, addressing a critical need for greater efficiency within our healthcare system. For a fiberglass or plaster cast, you have to first wet the material, apply it to the body and wait for it to harden. Two-thirds of that procedure time is spent waiting. That’s valuable and expensive time for the healthcare provider, for the facility and for the patient, who is usually uncomfortable during the procedure. The photocurable approach was a natural fit because it eliminates the costly waiting – an expensive bottleneck.”

The location of the M2D2 center provides Reboot with access to surgeons and other physicians at the medical school who would use the materials. “They understand what devices we are trying to build and what problems we want to solve. I was surprised at how tactile this whole industry is – whether surgeons or technicians putting on the casts. It’s really important for them how moldable, formable and flexible the material is. It’s very precise, and patient comfort is the bottom line. The usability of the device is key to how beneficial it is to the patient. There are always immeasurable little things that – for the physician – make something really great or awkward to use.”

The university has its own entrepreneurship center, which is helpful in building a new company. Lomakin continued, “It can take a lot of cash and employees early on – and then comes recognition that the core problem hasn’t yet been addressed. Our approach is to be really conscious of that and to be frugal with our funds and our investors’ funds.”

Intellectual property issues can be a sticking point for some innovators, but Lomakin confirmed that the photocurable textiles and the light were developed by the three partners. “That’s another part that was shaped by our experiences. A lot of times university start-ups get their intellectual property from academia – and that’s a really good path – but it starts the company off with pretty hefty legal and licensing fees. We don’t have those challenges.”

Lomakin said the market for casts and splinting material is about $1.8 billion a year and expected to grow steadily at a compound annual 5% rate due to growing populations with a high fracture risk (the elderly, for example) and increases in overall populations accessing healthcare. Addressing that need, Reboot’s photocurable textiles and resins unlock new medical applications outside of dentistry, Lomakin continued.

“They overcome key issues to enable solutions across a number of orthopedic applications: emergency fracture care, therapeutic casting and splinting, and prophylactic splinting in sports medicine. We enable all of those solutions, in and out of the hospital setting.”

The ability to create the casts and splints away from a specialized facility is particularly valuable, Lomakin explained. “In the hospital, you need rooms with special sinks to handle traditional casts and deal with the hazards and debris associated with those materials. Our materials reduce the mess by eliminating the need for water – which can be a source of infection.”

Lomakin noted that PhotoCast materials allow medical professionals to provide care quickly and nearly anywhere. “It improves patient comfort, allows more time for physician/patient interaction and frees up healthcare resources – both physicians and facilities – more quickly. That can impact the cost of care. Of course, members of the military have high risk of injury and require medical treatment immediately and under very difficult conditions. Having something that will work anywhere is really powerful for them.”

The Reboot partners also are considering the potential for use of the materials in fast-form prosthetics – possibly to assist patients who have lost limbs and require multiple prosthetic adjustments as the body changes after the loss.

Commercialization is in the research/development phase, Lomakin said. “Our vision is a very quick path through development. We don’t foresee high-risk clinical trials because it’s not complex. We are actively engaging with various types of orthopedic practitioners and refining the usability properties.”

Since forearm fractures are the most common, the Reboot partners hope to deliver a prototype device to be used in a preliminary study with physicians in the next six to 12 months. Success in that setting will lead to locking in the design for the first device and beginning the submission and approval process with the US Food and Drug Administration. As that progresses, Reboot will evaluate applications to treat common hip, leg or finger injuries.

“As soon as we get the materials in the hands of physicians,” Lomakin concluded, “they have a hundred other ideas for how to use the technology. This is very exciting for us.”