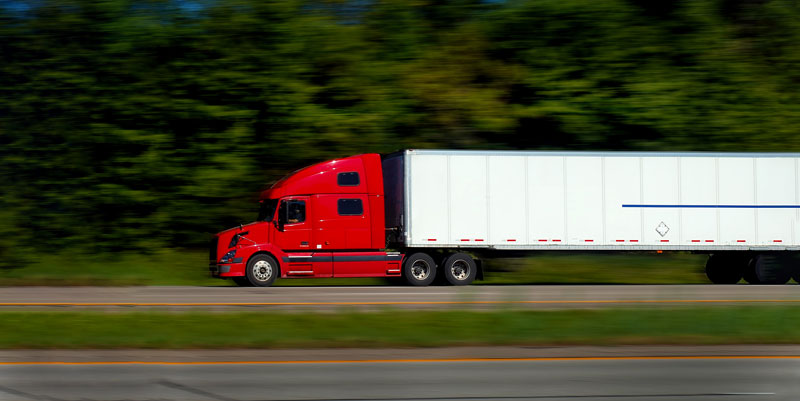 Material concerns have been a hot topic within the energy curing community. By addressing the pain points, this article serves as a reference – and perhaps as inspiration – to begin the conversations regarding other options for the market.

A variety of factors have come together to bog down the efficient operation and profitability of the energy curing industry. Material shortages have plagued 2018 and look to extend into early 2019, and cost increases across inks, coatings and resins have resulted. In addition, transportation issues add another complication due to an aging infrastructure, a truck driver shortage and increased regulatory requirements.

Material shortages have everyone talking

Inadequate supplies of critical materials have been of significant concern this year. Photoinitiators are the hot topic, but resins also are an issue.

Methyl Methacrylate
According to chemical research from IHS Markit, the global market for methyl methacrylate (MMA) – a chemical critical to the production of plastics, paints, coatings and adhesives for a host of consumer markets – is increasing significantly, while supply continues to be constrained due to production shutdowns and operational issues at aging production facilities.

“MMA is essential for the production of a diverse range of consumer products, including automotive plastics, TV and electronics screens, optical devices, dental and orthodontic products, signage, lighting, windows and household acrylic paints, coatings and adhesives,” the report said. “The primary application for MMA, which represents approximately 50% of global demand, is as a feedstock for production of polymethyl methacrylate (PMMA). The second largest application is for production of paints and coatings, which consume about 40% of global MMA demand.”

According to the IHS Markit Global Acrylates and Super Absorbent Polymers (SAP) Market Advisory Service, global demand for MMA through 2018 is expected to reach 3.7 million metric tons (MMT), and by 2023, demand for MMA will exceed 4.3 MMT (Table 1). Much of this increased demand is due to growing demand for coatings and adhesives in China and elsewhere.

“MMA has been tight globally for more than 18 months, but the situation became exceptionally difficult this spring,” said Denis Poussin, director, global acrylates research at IHS Markit and lead author of the IHS Markit analysis. “A series of planned and unplanned production outages in Asia during 2016 crashed operating rates around the globe. Similar production challenges impacted US production in 2017, and the market responded with sharp price increases for MMA, particularly in China and the US.”

One of the reasons the market continues to be so tight is that between 2012 and 2016, the MMA market was oversupplied. Prices declined and manufacturers, who were barely breaking even, quit investing in new MMA production facilities – particularly in the US and Western Europe – Poussin said.

“In recent years, market demand has caught up with supply, and we’ve seen continuous growth in demand, but the aging facilities and underinvestment in new facilities has constrained supply,” Poussin continued. “The older facilities that exist have been plagued with a number of planned and unplanned shutdowns, which caused costs to rise and supply to tighten during the past 18 months. That, in turn, makes it harder for buyers to manage supply chain costs and risks.”

Poussin said two new facilities have been commissioned this year in the Middle East, but their added production has had a minimal impact on the market this year and will not be sufficient to cover 2018 production losses due to maintenance shutdowns.

Photoinitiators
A recent Sorpol Market Intelligence Report – The 2017-2018 Photoinitiator Shortage: How Does it Impact the Global Printing Supply Chain – provided background on photoinitiator concerns. “A major contributor to China’s rapid double-digit growth in the last five decades has been a lack of constraints and oversight, allowing illegally polluting factories to continue running,” according to report author Guy Soreq. “As more technology-based businesses emerged to fund China’s growth, the Chinese government declared pollution its biggest threat. As a result, the Ministry of Ecology and Environment began cracking down on illegal plants and, in 2017 alone, inspectors were sent to 30 provinces. According to the report, officials in 80,000 factories were reprimanded, fined or charged.

According to information provided by Soreq, a lack of IPIR protection in 2014 and 2015 reduced the value of commoditized photoinitiators significantly, bringing about a rash of consolidations and decreasing the number of producers for critical components. All of this led The European Printing Ink Association (EuPIA) to issue a warning in early May 2018 about a potential photoinitiator shortage.

“The supply of photoinitiators has been further impacted by major incidents; a factory fire, unforeseeable events (force majeure) at chemical plants, low stocks, unplanned maintenance and production outages – all recent examples. As the deadline for REACH regulation approaches, some raw material suppliers have chosen either not to register some raw materials or to register them only for low volume usage. This has the potential to narrow the choice that ink manufacturers have when substituting photoinitiators…” – EuPIA warning

According to Flint Group, Plymouth, Michigan, photoinitiators, monomers and oligomers are the most affected, in great part due to the domino effect of raw material manufacturer shutdowns in China. “As the year has progressed,” said Mike Green, vice president of sales, North America, of Flint Group’s CPS Inks division, “the challenging supply chain for photoinitiators, monomers and oligomers has hit raw material suppliers harder than expected.”

Those cost increases are already hitting home. As noted in the May 2018 EuPIA photoinitiator warning, “Holistically, these initiatives are to be welcomed, but they undeniably influence the availability of materials, oftentimes resulting in price increases.”

Sun Chemical, Parsippany, New Jersey, was among the first to warn its customers about the impact, citing “A combination of ongoing raw material supply disruptions, the escalation of transportation costs and governmental initiatives, ranging from tariffs to changes in environmental regulations (which) continue to challenge the supply chain and drive up the cost of products.” Sun Chemical increased prices across its entire portfolio of ink, coating and consumable products in North America, a change that went into effect Oct. 1, 2018.

Siegwerk, Des Moines, Iowa, is the latest to announce increases, but is the first among its peers to point to “tariff developments” as a partial cause. The ink company’s press release said, “The entire ink industry is facing continuing price pressures due to a multitude of causes – escalating transportation costs, raw material supply disturbances, as well as global governmental impacts including enforcement of environmental policies in developing countries and tariff developments in the CUSA (US and Canada) region.”

According to the company, Siegwerk is working to mitigate these effects on its customer base through leveraging its global spend and utilization of alternative, qualified suppliers. In some instances, alternative suppliers are not an option, and those that are have increased prices with demand. Energy-curable inks are significantly affected; however, the tangible impact of these drivers also has affected water-based and solvent-based inks.

“The impact of the combined overall drivers is unprecedented and Siegwerk must act in order to ensure continued supply of its quality, safe ink solutions,” said Dave Hiserodt, president of Siegwerk CUSA.

And then, complicating supply chain issues even further, the US transportation industry adds another layer of difficulty. The North American road and rail infrastructure is aging, there is a truck driver shortage and new logging requirements could drive up costs for over-the-road transport.

Mike Wagner, president and founder of Target Freight Management, explained, “Nothing reaches its destination without a driver. But, the number of new drivers entering the freight industry isn’t enough to keep up with expected demand. The trucking industry must add nearly 1 million new drivers by 2026 in order to meet demand projections, according to the American Trucking Association (ATA).”

Unfortunately, Wagner said, the freight industry is on pace to come up nearly 150,000 drivers short due to difficulties in finding new talent. Some manufacturers and suppliers that are struggling to find enough drivers are beginning to delay shipments, hoping that the labor shortage will correct itself.

“But, this strategy is likely to create a delivery bottleneck,” Wagner continued, “which is further compounded by a second problem: In the interest of reducing traffic accidents and improving fleet efficiency, a new electronic logging device (ELD) mandate was established in 2015 that requires drivers to use approved ELDs to log and report their hours.”

The initial deadline was set for December 2017, with full compliance required by April 1, 2018. However, fleets that currently use Automatic Onboard Recording Devices (AOBRD) are exempted until December 2019, by which time their AOBRDs must be fully replaced by ELDs. What does all this mean for shipping prices?

“Simply put, every truck on the road by December 2019 will have to install a new ELD if they haven’t already,” said Wagner. “This means shipping vendors across the US will be looking for ways to recoup their mandatory investment in new fleet-wide technology. Whether that results in pricing changes remains to be seen, but it’s a good bet that all those ELDs aren’t just going to pay for themselves.”

The challenges to the trucking industry, when coupled with an aging transportation system, are enough to give anyone a headache. US Secretary of Transportation Elaine L. Chao testified before the US Senate Committee on Environment and Public Works in May of 2017 that “investment in our nation’s transportation infrastructure is needed if we expect to maintain a global competitive edge… In the next 30 years, the US economy is expected to double in size and the nation’s population is projected to increase by 68 million people. Driven by this projected economic and population growth, freight movements across all modes are expected to grow by roughly 42% by the year 2040, making investments in our freight infrastructure a priority.”

So, what’s a company to do? Plan ahead as much as possible. Work with all partners to forecast future need. Source alternative materials whenever possible. Stay in constant contact with the supply chain.

“The more informed and better prepared your team and your process is, the less likely you are to be disrupted by pricing adjustments or shortages that force your vendors (or your competition) to change their behaviors,” said Wagner. 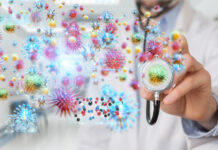 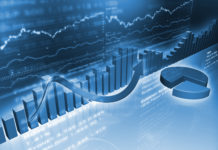