Sulfluor, a fluorinated hypervalent sulfur-containing polymer, may have the potential of competing with other hard, thin films, such as plasma-deposited silicones or Kevlar. Hard, photochemically cured coatings may find applications in 3D printing, protection of sensor windows, optical fibers, electronic devices and other surfaces where scratch-resistance and chemical stability are important.

Kelly Bonetti, a graduate student at the State University of New York at Albany, said being associated with a winning project for Radlaunch opened new opportunities for the research group. “One of the primary benefits of RadTech was connecting with other researchers outside of academics. It inspired interest that would not have been possible without exposure to people who can test and implement the research.”

Making connections with fellow RadLaunch honorees – such as Radu Reit (whose research with Ares Materials was highlighted in Issue 3, 2019, of UV+EB Technology), as well as UV+EB Technology editorial board member Darryl Boyd, with the US Naval Research Laboratory – was important in considering even larger potential for Sulfluor, Bonetti said. “From our academic background, we were seeing it through a limited lens. As a team, attending a RadTech conference in Chicago opened our eyes. Our photochemistry may be applicable to other markets. We found that the polymer can be coated onto a silicon substrate and photochemically cured. These hard, thin coatings may be useful in a business sector beyond the integrated circuit industry.”

Development was originally funded by a National Science Foundation grant that focused on the material’s lithographic potential. The grant enabled the group to attend the RadTech conference to identify other target markets that could appreciate the photochemistry.

As an academic research project, Bonetti said Sulfluor is a technology in search of an end use. “We are spin-coating a uniform polymer film onto a silicon substrate. Michael, whose expertise is in EUV lithographic techniques, determined the process conditions needed for reproducible thin coats of varying thicknesses. The light sensitivity initially described in the winning NSF grant was first studied as a photoresist for patterning circuits in electronics. As the project developed, we wanted a thorough understanding of the material properties and used the nanoindentation technique to get a relative sense of our material compared to other thin polymer films. We decided first to compare our material to other polymer materials known for their resist chemistry. We found that our thin films, of similar thickness and coated on a silicon substrate, resulted in hardness and modulus values two to four times as hard and stress-resistant as PMMA.”

The polymer can be spun-cast and patterned by UV and EB lithography. The RadLaunch application notes the thin films’ hardness and modulus – after UV curing – outperformed most polymer materials from PMMA, Teflon and Polystyrene. The material could be used in displays, optics or electronics, and the UV-curable thin films may have coating applications.

“Because we are limited by grants and connections in academics,” Bonetti continued, “RadTech has helped us identify areas where our chemistry may fit commercially and how to make a business pitch. It gave us an alternative way to view the research. Because the research is in such a beginning stage, we need to test it thoroughly, retest to determine reproducibility and consider modifying materials.”

She said the material was tested using the same techniques as those used in testing other thin films on silicon substrates. In some cases, the fluorinated polymers matched Kevlar’s mechanical values as thin films. “What if we can spin it into fibers or form 3D shapes?” Bonetti asked. “Or what if it is used as a photocurable coating, able to reinforce surfaces? Dr. Welch was able to put together another grant proposal for the Department of Defense, which may be interested in using it as a hard, chemically cured thin film coating for naval propellers. Currently there is no framework for boundaries. We want to continue exploring the chemistry and define those limits. We don’t know its limit because it’s so new.”

For the future, Bonetti sees the need to align with a company that is interested in taking the technology further. The research group is hopeful regarding interest from the Japanese chemical company UBE Industries. “We need commercial connections, infrastructure, financing and feedback,” she said. “We need a partnership to guide the research project, help it evolve and find market fit and end use.

“I’m a graduate student,” Bonetti continued. “I want to pay it forward so there can be resources, testing and knowledge transfer for the Welch Research Group. Our lab does a lot of creative and commercially relevant research. Professor Welch is doing great things and coming up with creative chemical solutions. I’m grateful for the exposure and connections we have made through RadTech – for the people that saw his vision and where it’s taken us so far.”

Effectiveness of UV Light-Emitting Diodes for Inactivating Biomolecules and Microorganisms 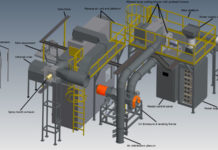 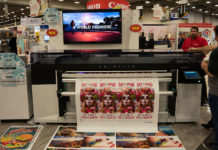