AST Products, Inc., Billerica, Massachusetts, produces a range of ophthalmic surgical products. It was selected for a RadTech 2020 Emerging Technology Award for its novel and innovative use of electron beam technology for the surface treatment of a medical device. The surface treatment applies a lubricious hydrophilic layer onto the inner surface of an intraocular lens (IOL) injector used in cataract surgery.

Cataract is a common problem that develops slowly in aging adults, causing a cloudy area in the lens of one’s eye. When the condition affects vision to a serious degree, out-patient surgery is the usual solution, during which the natural lens in a patient’s eye is removed and replaced with an IOL – an artificial lens made of polymeric or silicone materials.

To facilitate performing surgery in the least-invasive way, the designers at AST Products created a patent-pending method for folding the artificial lens prior to it being inserted via an IOL injector, allowing the lens to be inserted through the smallest of incisions. Maneuvering a folded lens into the tiny incision in a patient’s eye calls for a delivery device that is ergonomically superior, that works flawlessly every time, and that operates as smoothly as silk.

To work in conjunction with the company’s IOL-folding technology, AST Products developed a lubricious and hydrophilic treatment (featuring electron beam technology) to coat the interior of an IOL injector. The treatment eliminates coefficient of friction in wet environments, protecting the delicate intraocular lens and preventing it from adhering to the injector during insertion into the eye.

William Lee explained that the company’s IOL injectors are treated with “a chemical synthesis initiated by electron beam to graft a layer of polymerized hydrophilic and lubricious monomers onto the inner wall of the IOL injectors, especially those areas where the IOL will pass through and enter into the patient’s eye.”

“The area that needs surface modification is actually the lumen of the tip,” said Lee as he also described how IOL folding and injection takes place. The IOL is placed into a cartridge and then into the injector, ready for folding and insertion. “The plunger will push the IOL towards the taper tip end and enter the patient’s eye. Certainly, the smaller the tip end size (and the incision size), the better to avoid sutures and to have a faster recovery from surgery.”

“Typically, an IOL has a diameter of 6 mm,” said Lee. “The tip end [of the injector] is 2.2 mm (current typical size), so the trick is how to push the IOL all the way through the tip end, like sucking a Frisbee through a vacuum cleaner hose.” So smaller lens area is better, and friction of any kind must be eliminated, presenting a two-fold design challenge. “The only way is to fold the IOL like a taco, and then push it. But by doing so, now a high friction is created between the surface of the IOL and where it touches the interior of the tip/cartridge, because both are plastic material.” What to do to mitigate the problem of plastic-on-plastic? “This is where the hydrophilic/lubricious treatment comes in – to act like a banana skin to let the IOL slide all the way through into the patient’s eye.” (So, to get the Frisbee through the vacuum cleaner hose, one folds it like a taco and then uses a banana skin to help it slide through the hose. And, people say UV/EB technology is all scientific and inaccessible!)

Along with causing a potential hang-up of the lens within the injector tip, any friction may also scratch the IOL itself. To avoid this, a treatment needs to provide a slippery surface while simultaneously protecting the IOL. The company’s proprietary treatment, created with the aid of electron beam technology, creates a lubricious-hydrophilic brush on the interior of the IOL injector tip, composed of polymerized lubricious monomers and hydrophilic monomers. When Lee and his associates set out to develop this solution, they were in search of a treatment that was economically feasible, that was capable of producing the thinnest of layers (on the sub-micron order, around several hundreds of nanometer), and that was able to withstand being sterilized via autoclave and other sterilization methods.

Lee laid out the hurdles to be overcome in developing the treatment. “One of the biggest challenges was to screen for various formulations that could function with all of the different types of plastics used to make the cartridges for IOL injectors,” he explained. “While all IOL cartridges are mainly made of medical-grade PP (polypropylene) material, they don’t all behave the same because there are various types of PPs, and the injection molding process also influences the properties of the molded cartridges.”

In addition to variability in cartridge material, there are variables in the lens material itself. The lens material may be hydrophilic or hydrophobic, and its stiffness can vary as well. In addition, as a medical device, an IOL injector must clear all biocompatibility and sterilization tests. And it also must have an adequate shelf-life. What was needed was a menu of different formulations.

With its menu of formulations developed, AST Products chose electron beam-induced grafting to produce the alternating lubricious- and hydrophilic-monomer brush layer in the tip of the injectors. Lee explained that electron beam was chosen for the polymerization process for three reasons: “It can be scaled up easily. It is a relatively clean process. And functionalized products can be sterilized with all sterilization methods.”

AST Products now uses its solution on a variety of IOL injector product types, including those that use the company’s pioli, bioli and lioli delivery systems. Lee sees avenues for the technology – currently applied only to ophthalmic medical devices – to branch out in the medical and biochemistry industries. The technology, he said, “can be applied onto interventional medical devices, such as catheters. It also can be used for the biochemical and molecular biological tools industry that needs hydrophilization or other functionalization.”

RadTech, the nonprofit for UV+EB, celebrated the 2020 Emerging Technology Award winners at the RadTech 2020 Conference, March 8-11, in Orlando, Florida. RadTech’s Emerging Technology Committee selects award winners among end users of the technology, based on new, promising and/or novel use of UV and/or EB. RadTech has recognized applications ranging from 3D printing/additive manufacturing to floor coatings to novel electronics to unique uses for automotive and aerospace. Nominations now are open for the 2021 Emerging Technology Awards. Find more information at www.radtech.org. 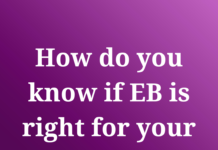 An Abbreviated Guide to Becoming an EB User 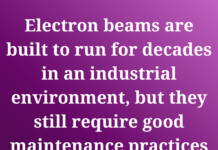