BASF, Florham Park, New Jersey, is moving forward with the final phase of the expansion project for the methylene diphenyl diisocyanate (MDI) plant at its Verbund site in Geismar, Louisiana. With this third step of its multiphase capacity expansion in Geismar, BASF will increase production capacity to 600,000 metric tons per year by the middle of the decade and support the ongoing growth of its North American MDI customers.

BASF kicked off the expansion project in 2018 with a staggered approach consisting of three investment phases. The investment in the final expansion phase from 2022 to 2025 amounts to $780 million.

The expansion will showcase safety standards combined with advanced digitalization in its operations. BASF now is entering the final phase of the expansion, targeted for completion by the end of 2025.

The first phase of the expansion project involving the construction of a new MDI synthesis unit was put in operation in October of 2020. The second phase, which started operations in 2021, expanded several existing upstream units. With the third and final expansion phase, which includes several new upstream units and a splitter, the new overall MDI output of the Geismar complex will increase to 600,000 metric tons. 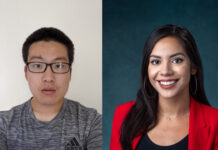