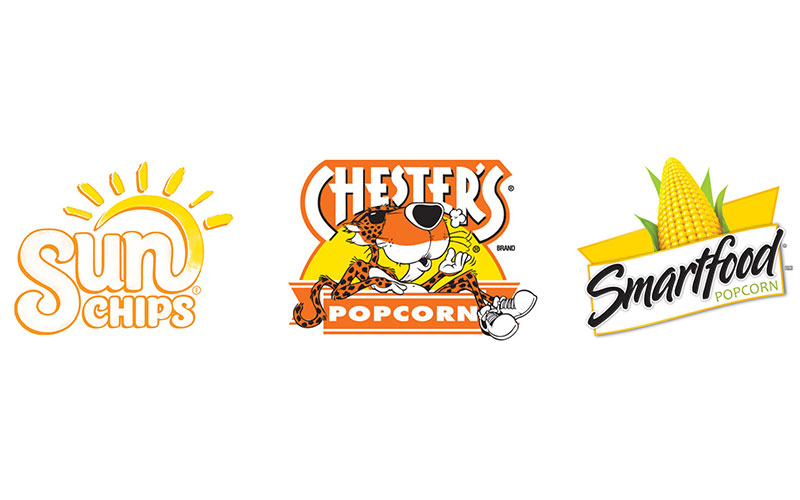 RadTech International North America celebrated the 2020 Emerging Technology Award winners at the RadTech 2020 Conference, March 8-11, in Orlando, Florida. RadTech’s Emerging Technology Committee selects award winners among end users of the technology, based on new, promising and/or novel use of ultraviolet and/or electron beam curing. RadTech has recognized applications ranging from 3D printing/additive manufacturing to floor coatings to novel electronics to unique uses for automotive and aerospace.

PepsiCo was one of the 2020 Emerging Technology Award winners. The company, which markets food and beverages in 200 countries and territories, is working to develop advanced materials and processes for packaged foods. PepsiCo is exploring electron beam curing as a fast, clean and energy-efficient way to process inks, coatings and adhesives in flexible packaging operations.

To learn about PepsiCo’s use of electron beam (EB) curing, we spoke with Todd Fayne, principal engineer and associate director, Global Snacks R&D at PepsiCo. A University of Rhode Island graduate with a BS in Chemical Engineering, Fayne is co-chair of the new Sustainability Committee at RadTech.

At PepsiCo, Fayne is exploring using EB overprint varnish and inks in surface print applications for flexible food packaging. With brands such as Lay’s, Ruffles, Cheetos, Tostitos, Fritos and Sun Chips under the PepsiCo umbrella, flexible packaging is a major component in the company’s food production operations.

In describing why the company is investigating the use of EB curing for packaging, Fayne said that two factors make EB the top choice: food safety and package durability. For food safety – Fayne’s No. 1 requirement in choosing a curing method – Fayne explained why he favors EB over UV curing.

“Under perfect conditions,” said Fayne, “UV technology can produce safe packaging for direct food; however, using an electron to initiate cross-linking is more consistent and easier to control.” And, since EB, a higher energy process than UV, does not need the photoinitiator that UV requires, its use eliminates the potential for the photoinitiator to migrate into food. Additionally, with EB curing, said Fayne, “there also are much higher levels of cross-linking that ensure lower migration of acrylate monomers. These higher levels provide an extra safety factor for direct-food applications.”

EB also delivers a durable and scratch-resistant surface, yielding packaging that can hold up throughout production and distribution. “When compared to water-based and even two-part PU systems,” said Fayne, “EB outperforms. Not all applications require EB performance, but many applications that are converting from reverse-print to surface-print have machinery and distribution systems that are very rough on the packaging materials.” To PepsiCo, it is very important that the company’s product packaging can go through the production process without a scratch and reach the store shelf looking just as attractive as it does when it is first taken off press.

In addition to food safety and product appeal, Fayne considers EB superior to other curing options because its process controls are more easily managed, thus ensuring a consistent cure over the equipment’s lifespan of thousands of hours.

The EB equipment in use at PepsiCo is programmed to deliver a specific dose, to not fall below a certain threshold. The machinery also automatically adjusts its power to compensate for speed changes on the press. If the machine senses a problem with the vacuum level, the oxygen concentration or the quality of the EB filament, the press can be set either to signal an alarm and flag any material being produced as “out of spec” or to shut down entirely for highly critical faults.

Most machine problems are precluded by preventive maintenance that is scheduled for two to three times per year. Filaments, foils (which separate the vacuum from the nitrogen blanket), pumps and seals are parts that are checked or automatically replaced during preventive maintenance, and the machine’s software constantly monitors for any degradation in performance during operation.

In Fayne’s experience, the biggest challenge in developing EB curing has been to address the concern over the cost of this technology. Electron beam has been viewed as very expensive, and Fayne acknowledges that an EB unit does require a capital investment, but says that cost is less of an issue than it used to be. “The EB unit costs have gone down a lot over the past 10 years with improvements in the technology,” said Fayne. “Now that the ink systems on flexo have improved significantly, there is comparable performance to standard inks. I expect that to improve even further as the market grows with larger scale and more experience on press.”

Fayne feels that the cost of the technology is easily justified. “What you get for your money,” he said, “is the unique capabilities of surface printing, and the ability to print opaque, cavitated films, which means less plastics per package and lower marginal film costs per package.”

In discussing the capital outlay for EB curing on-press, Fayne noted that there are two main elements involved: an EB unit and a nitrogen source. An EB unit includes a chamber, vacuum pumps and an electrical transformer. The cost for a unit will vary, depending upon the unit’s size and its power rating; a price tag in the high hundreds of thousands is typical for a printing application.

The nitrogen required can be delivered to the location – as LN2 – or can be produced on-site with a nitrogen-capture system. “Developed markets like the US and Canada will opt to have the LN2 delivered, as it’s lower maintenance,” Fayne said, “and the delivered costs are comparable to a nitrogen-capture system that becomes a whole other unit operation.” He explained that nitrogen-capture is used in remote or developing markets where specialty gas suppliers don’t operate or where the delivered costs are higher than the cost of making it on-site.  While the cost for nitrogen equipment varies, it is generally about 10% of the EB unit’s price.

Incorporating an EB unit is best done by including it in the design of a new installation. Retrofitting a press to accommodate an EB unit can be done, but it involves extra effort and cost to deal with utilities, physical space and the web path. Any press with an EB unit will require a state license and special safety training that will be supplied by the manufacturer/installer.

While PepsiCo has some commercial production online in Latin America and does have applications running that use EB to cure labels, the company’s use of EB for flexible packaging still is in the exploration and experimentation phase. Fayne describes the current landscape:

“There just aren’t a lot of EB installations on flexo presses today,” he said. “The ones with EB tend to be smaller presses. As the technology is implemented by more printers, there will be more opportunities to take advantage of it.”

Fayne said that the ideal future-state is to build presses that do not need gas-powered dryers and, instead, do it all with EB. “There still needs to be some development on ink chemistry,” he said, “and a lot more experience printing with EB before that can become a reality.”

The work done with EB curing at PepsiCo has contributed substantially to the technology, specifically in the quality of inks. “The inks were very raw at the beginning,” said Fayne. “To meet the tight standards over millions of impressions, a lot of work was put in to improve the formulations, research pigments and assess every part of the press affecting ink (sticky back, anilox, plate design, etc.).”

Fayne’s ink research has been expansive. “We have put in hundreds of hours,” he explained, “refining the process on a variety of press types, testing different pigments, tapes, blades, plates, etc.” The research has been conducted for 7-color and also for some spot colors.

Developing and refining the ink posed a logistical challenge for Fayne. “Because it’s a brand new ink and not initially installed on a commercial press,” he said, “getting line time and running film that ultimately cannot be used in the market forced us to be very efficient in our experimental design.” Carving out sufficient chunks of testing time was especially crucial for this new ink since Fayne found that the ink runs best when it’s allowed to run for a long time.

As Fayne refines and perfects inks, and fine-tunes the best designs for adding EB to new press configurations, he is optimistic about the impact of the technology. When EB curing for flexible packaging does become mainstream at PepsiCo, Fayne believes that the technology can be a factor in recycling and take its place in the circular economy.

“EB can enable the use of less plastics,” he said, “and can help drive toward mono-material structures. It is a small piece to the puzzle, but critical as its durable surface printing capability allows for cost and material-reducing strategies that were historically unavailable.”

Home Hone on the Range 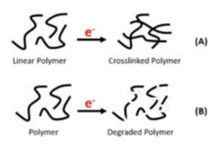 What Can You Do with Electron Beam?