X-rays were discovered by Rankin in 1895 and, in the 1960s, ionizing radiation and electron beam (EB) curing originated. The effect of X-rays on carbon fiber composites was advanced in the 1970s at the Naval Research Lab and furthered by the French aerospace company Aerospatiale in the 1980s and 1990s. In the late ’90s, Dan Montoney was director of Radiation Coatings at Strathmore Products, where he met Anthony Berejka, an industry consultant for Strathmore. Montoney later launched Rapid Cure Technologies and continued collaborating with Berejka until the latter’s retirement.

“We collaborated for 20 years on various radiation curing projects and studies,” said Montoney. He cited several factors that convinced him and Berejka of the feasibility of using X-rays for curing fiber reinforced plastics and its readiness for commercial acceptance and further advancement. Building on previous research showing the technology as feasible for manufacturing high-performance products, Montoney pointed to emerging industry demand for “faster, greener, sustainable manufacturing processes of high-performance products such as carbon fiber reinforced composites, which can add tremendous performance properties.” The technology’s time also had come, said Montoney, with the emergence of commercially proven and durable high-energy industrial EB/X-ray emitters. “And,” said Montoney, “the growth and availability of unsaturated (acrylated) monomers and oligomers reduced resin costs and improved performance capability. This created more tools in the toolbox for formulators to develop radiation curable chemistries that can compete or even outperform conventional thermally cured chemistries.”

For their studies, Berejka and Montoney chose free-radical (acrylate-based) chemistry, which Montoney described as offering a spectrum of commercially available monomers and oligomers (for broad formulating latitude), good price-point, fast curing and no sensitivity to moisture/humidity. “We started with some small feasibility studies,” said Montoney, “to prove out the process. Then we moved on to larger, more complex automotive components. With our last project, we carried out energy studies by comparing X-ray curable technology to the conventional thermally cured process for producing these composites.”

It began with cupcakes

“In our first feasibility study,” said Montoney, “we decided to make some carbon fiber cupcakes. Anthony brought over his wife’s favorite baking pans. We made some homemade pre-pregs with our X-ray curable resin, filled a cupcake pan with the pre-pregs and put a second cupcake tin on top of it. After compressing the cupcake pan layers with an aluminum block, we exposed it all to the X-ray system. What was interesting was that the X-rays penetrated through the aluminum; that is, we cured right through the aluminum block.”

This finding – the ability to penetrate metal – was significant. “Understanding this property allowed us and potential end-users to realize that conventional metal-based molds could be used and that new mold technologies would not need to be developed,” said Montoney. During this study, the team also used vacuum-assisted resin transfer molding, which was applied by project partner Dan Dispenza of Nordan Composites.

A next study for Montoney and Berejka’s project team involved molding a motorcycle fender. “This study was our largest and most complex part in regard to size and shape,” Montoney explained. “We incorporated embedded steel mounting hardware within the carbon fiber composite layup and X-ray cured through the mold and the steel mounting plate.”

The team also focused on the quality of the surface finish on the top of the fender, a surface which must essentially be perfect so that it easily can be prepared and painted/finished. “As a result of using a high-quality mold and our low-temperature, fast-curing process,” said Montoney, “the finish was defect-free. It was better than what normally was achieved with conventional liquid-based, thermally cured epoxies (per Nordan Composites).”

The team was more than happy with the results of this study. “We expected success in curing through the mold and the embedded steel mounting plate based on our calculations for X-ray penetration and resultant X-ray dose,” Montoney said. “But we were surprised by the high quality of the finish on the top surface of the fender.”

The team’s last funded project tackled one of the group’s most complex shapes – an automobile hood. “We also did quantitative measurements on energy requirements to cure these,” explained Montoney, “so we could compare conventional thermally cured autoclave-type resin systems and processes to the X-ray cured process.

“The technology performed excellently in this study,” said Montoney. “The high-quality surface finish smoothness and the absence of defects that generally are caused by thermal heating processes were two of the obvious benefits, along with fast curing and the potential for significantly lower overall energy requirements.”

Montoney explained the energy advantage. “In looking at the power demand on X-ray curing vs. thermal, this was using a 7 MEV 7-kilowatt accelerator in the X-ray mode and electrical demand for the hood at 40 kilogray as our dose, so we estimated about 25.26 kilowatt hours per hood,” he said. “Using a different size emitter, it was about 32 kilowatt hours per hood. For six hoods, our energy use would be 192 kilowatt hours. Compared to the thermally cured process with an autoclave, we calculated a rough savings of 21% per hood by using the X-ray curing technology.” As for the speed of curing, Montoney described it as one of the technology’s major advantages. “To produce 47 hoods per hour, we calculated the time to cure at 1.3 minutes per hood at 40 kilogray.”

After years of studies probing and proving the technology, Montoney remains convinced of its advantages. “This has been around for quite some time, but it has not been taken advantage of,” he said. “We hope that through all of this work we can show its advantages and that it is a commercially feasible process for these types of products and chemistries.”

In addition to the energy-demand advantage and rapid cure time, Montoney cited other plusses. “We cured through embedded materials such as metals, proving that the technology could handle mixed materials. We cured at ambient temperatures, eliminating major thermal changes and dimensional changes that occur with mixed materials and temperature extremes. We cured through thick cross-sections, and we cured by ionizing radiation with the X-rays.” No catalysts or curatives are required, and the matrix materials have an extended shelf life. “We used these materials for many years,” said Montoney. “There is no pot life, so there is minimal waste; we generally could use 99 to 100% of the resins.”

Montoney sees a bright future for X-ray cured carbon fiber reinforced composites. “I believe that this technology, in one shape or form, eventually will catch the eye of the right manufacturer/company and begin to open up eyes and minds,” he said. “It has been presented at multiple industry conferences such as SAE (Society of Automobile Engineers) and SAMPE (Society for the Advancement of Material and Process Engineering).”

He noted that the volume of interest generated has been disappointing, potentially due to perceived cost for equipment and resin, concern about the use of X-rays or lack of knowledge. Montoney stated that industrial X-ray facilities exist across the world and can be built new for between $1M-$2M per MeV. Acrylated monomers and oligomers like the ones used in the team’s formulations now are commodity chemicals and generally are competitive (+/-10%) with conventional epoxies, vinyl esters and polyesters. Montoney also pointed out that industrial electron beams and X-rays are used safely every day around the world to cross-link polyethylene (PEX tubing), sterilize food and medical equipment, and treat cancer. The process of utilizing high-energy electrons and X-rays on an industrial scale has been perfected over many decades and is a proven, safe process today. The energy levels currently in use industrially today do not induce radioactivity into any of the targets.

“If the technology is to be adopted in the automotive industry, it is more likely to be embraced by a more innovative, progressive company, such as Tesla or some other relatively young company,” said Montoney. He characterized the Big 3 automakers as being generally reluctant and slow to significantly change manufacturing processes, but he noted that they are being forced to move faster by new competition in the market. Montoney also expects that the technology is likely to find commercial use in other transportation-related or industrial markets, where lightweighting with composites is more established.

“I believe the primary hurdle with any new technology is educating the public and potential end-users about its significance, value and feasibility,” said Montoney. “Another critical aspect is proving the performance properties of the resultant products.” He acknowledged that testing can be time consuming and costly, and that only a few players exist in the high-energy EB/X-ray industrial equipment business, with most of them focused on other, more established uses for their equipment. “There is some work being done to develop mid-energy equipment for cross-linking thicker coatings, films and composites,” Montoney said, “but I am only aware of one company working on developing commercial equipment for our use/technology. In summary, the last hurdles are education/publicity, continued proof-of-concept through feasibility studies and availability of additional EB/X-ray emitters and manufacturers.”

RadTech applauds Dan Montoney and Anthony Berejka for identifying a valuable technology, and for investing their expertise, time and energy to advance what is known about the potential and the unique advantages of X-ray cured carbon fiber composites. 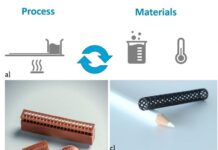 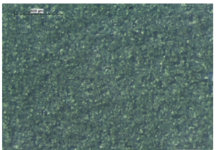