Toyo Ink SC Holdings Co., Ltd., Tokyo, Japan, a scientific specialty chemicals company and the parent company of the Toyo Ink Group of Japan, announced that its board of directors has appointed a president (representative director) and executive management team as outlined below. The appointments are subject to the approval of the company’s 182nd Ordinary General Meeting of Shareholders to be held March 26, 2020, and the board of directors meeting to be held the same day.

The board has appointed Satoru Takashima, the existing senior managing director, to serve as the new president and in the new position of chief operating officer. He will replace Katsumi Kitagawa, the current president and group chief executive officer.

Kitagawa was named the new chairman of the board, replacing Kunio Sakuma, who has chaired the board since April 2011. Kitagawa is to serve concurrently as chairman and group CEO, but will be relinquishing the role of president to Takashima.

Takashima, who entered Toyo Ink SC Holdings (then Toyo Ink Mfg. Co., Ltd.) in 1984, has assumed a variety of leadership positions in Japan and overseas, making good use of his vast knowledge of strategic corporate planning and global management. Under his leadership as president of the company’s core subsidiary Toyochem from 2014, he demonstrated his ability for cultivating new businesses such as the launch of the new healthcare business. Takashima also offers deep insights into compliance with law and corporate ethics to appropriately execute business operations of the entire group and to further drive up its corporate value.

In accordance with these objectives, Kitagawa, in his new role as the chairman and group CEO, will continue to support the formulation and promotion of growth strategies for the entire group, helping to back up Takashima in this time of transition. 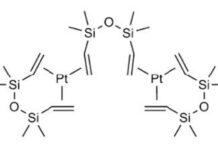 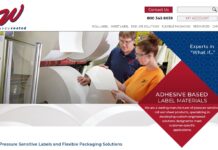